Just Let Me Be

I was so proud of myself, and my hubby just ruined it for me. I asked him how many days has it been since I bought a plant. I was thinking at least five. That just might be a new record for me. I was feeling pretty good about it because i have a real plant addiction problem. Then he goes on to tell me that he is planning a trip to Lowes today to get some electrical stuff. ARG!!! I can’t let him go alone. Even if I did I would still insist that he check out the clearance plant section. I have no willpower!! ARG! Side note… my garden looks great.

After a Jane Doe is murdered in journalist Bexley Squires’s hometown, she’s asked by one of Hollywood’s brightest stars to clear his name as a suspect. But her skills as an amateur sleuth weren’t enough to find her missing sister. Does she have what it takes to find a killer?

When she returns to California, she discovers the elite seaside community of Papaya Springs has become more corrupt than she imagined. All too soon, she stumbles into a web of twisted games played by the rich and famous. Along with the detective in charge of the case, who also happens to be her high school crush, she’ll uncover a level of depravity unlike anything she’s ever known.

The Dead Girl’s Stilettos is the first book in the Bexley Squires cozy mystery series. 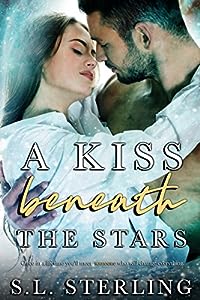 A Kiss Beneath the Stars (The Malone Brothers Book 1)
by S.L. Sterling

Recovering from a messy divorce, Autumn Taylor treats herself to a trip to the tropics. Under the gently swaying palm fronds, she hopes to soothe her troubled soul with surf, sand, and sun. Never did she expect to catch the attention of a devastatingly handsome stranger, who awakens a longing in her she thought no longer existed.

After separating from his crazy ex, Hunter Malone is enjoying a vacation with his brothers. The female persuasion is the farthest thing from his mind… until he locks eyes with a stunning brunette.

What begins as a fling between Autumn and Hunter quickly grows into something more. But the scars from the past have her terrified of the future. To protect herself, Autumn pushes Hunter away.

Can Hunter convince her what they have is worth fighting for? Or will the love they share be over before it begins?

Those searching for a sizzling contemporary romance that tugs at the heartstrings need to look no further than A Kiss Beneath the Stars by USA Today Best Selling Author S.L. Sterling! 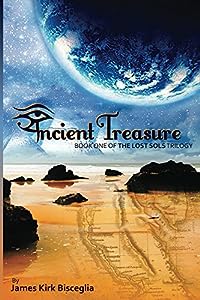 Earth was visited in the past.

With his grandmother Maria now dead, Vincent Moretti resumes her task of proving the existence of ancient aliens. With help from his friends and his powerful uncle Enzo, he will uncover secrets about Roswell, Atlantis, and a lost Martian civilization.

The task is daunting and the risk extreme. The oppressive government of the United States has taken away personal freedom and will eliminate anyone who would dare try to unlock the power and secrets from the past. Secrets which include where the aliens are today.

Doggedly determined to exonerate his grandmother, Vincent and the crew of the Constellation set sail into the solar system. The crew must use every available resource possible, including ancient alien technology around the moons of Jupiter and a surprise on Mars. Can Vincent and the crew of the Constellation overcome the government, find the treasure and technology left behind, and ultimately the aliens that assisted the development of humanity in the distant past? 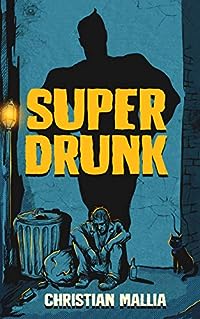 Tom Brantley, aka SuperDrunk, is a complex superhero (or perhaps anti-hero?) who discovers that he has the unique power of psychokinesis whenever getting drunk or high.

Revered as Burlington City’s guardian, he loves to put on a show for his beloved fans when saving lives and fighting crime, almost as much as partying and fornicating. Despite the citizens egging on his reckless behavior, his family and friends worry about his failing health. With each alcohol-induced blackout, Tom revisits his high school years. He recalls meeting his first love, Amy Cougar, and how she couldn’t handle his shallow, celebrity lifestyle. But after consuming psychedelics – magic mushrooms, or shrooms – it seems like his past exists as an odd parallel reality to his present life.

This sexy and thought-provoking dark superhero story takes readers over the edge and into the seedy world of SuperDrunk, where fighting bad guys and getting hot chicks might be nothing more than an escape for a washed-up loser trying to extricate himself from the realities of life. 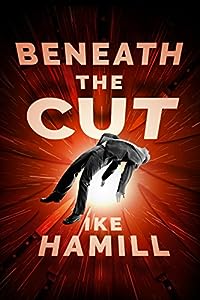 Beneath the Cut
by Ike Hamill

In the near future, confessions and evidence won’t be required to convict a criminal. A suspect’s own memories will be Imaged to prove their guilt.

Abel Dayan is in an impossible situation. A despicable child murderer has been captured and Abel has to defend him. Only Abel realizes that there is more to the case than meets the eye.

Join Abel as the case twists and turns. Stand over his shoulder to see what squirms Beneath the Cut.