Flip Flops or Not At All

Yesterday I sold my treadmill. It was a pretty nice treadmill, but it was sad and lonely. It sat in the corner of my garage for five years collecting dust all over it. Well, not all over it. The part that I would grab to move it around to get it out of my way was still pretty clean. I feel like I am being truly honest with myself for the first time in five years. It knew its days were numbered when I got rid of the exercise bike two weeks ago. Another dust collector. My golly I lied to myself a lot. What was I trying to hide? Who Am I? I am a gardener and a dog walker around the blocker kind of person. If I can’t do the exercise in my flip flops, I won’t do it at all. 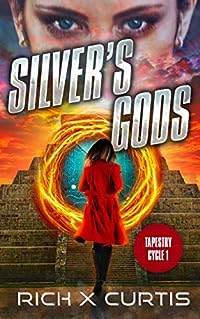 She’s an immortal killer traveling through time for over 10,000 years. Faceless gods dole out Silver’s missions. Their latest: save the multiverse from a bloodthirsty technology.

Silver’s gods wield her like a tool to shape humanity for their own mysterious ends. Traveling through time, death is impossible and she endures wars, ancient kingdoms, greedy rulers, plagues, and human desperation. But when artificial intelligence threatens not only our world but the multitude of realities beyond, has Silver finally met her match?

Silicon Valley. Known for innovation and technological wonders. It’s also the hunting ground for Silver to carry out her mission. As a tech giant is set to reveal their crowning achievement, a friendly Artificial Intelligence designed to take humanity to new heights, someone assassinates the CEO before the project is unveiled. But why?

Silver soon realizes things aren’t what they seem. This simple mission only uncovers something much bigger. The AI is far from tame. It is a lethal technology called a Mind. Its presence puts mankind and the multiverse at risk in ways Silver – and humanity – could never have imagined.

Partnering with a journalist and two more dangerous immortals, can Silver and her team hunt down the Mind fast enough to stop it? Or will it be too late?

Silver’s Gods is the first book in Rich X Curtis’s all-new Tapestry Cycle. This sci-fi thriller series will take you across worlds – and millennia – as Silver and her companions unravel the secrets of reality and uncover the heart of the universe. 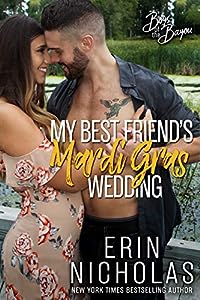 Josh Landry is one of the hottest bartenders in New Orleans. He’s shown many a female tourist that things are definitely big and easy down here.

And he’s now been celibate for a year. Because he finally met her.

But, after nothing more than a hot goodnight kiss and a promise to meet up again next year if they’re both still interested, she went home to Iowa.

It’s been a long year.

But now it’s Mardi Gras again and he’s ready for his happily ever after.

If she shows up.

Oh, she shows up. For her best friend’s wedding.

But Tori is a terrible bridesmaid because all she can think about is her knight-in-shining-Mardi-Gras-beads from last year.

Well, and because she accidentally lays a hot kiss on her BFF.

Unfortunately, no one believes that it was a case of mistaken identity. So, now she has to convince everyone she has no intention of ruining the wedding. She’s going to need a crazy-about-her boyfriend ASAP. Even if he’s just faking it.

Well there’s only one other person she knows in Louisiana…
Josh is all in. In fact, he’s thrilled. And he’s not faking anything.

But the groom isn’t faking his sudden case of cold feet either.

And now Tori might have a choice to make. 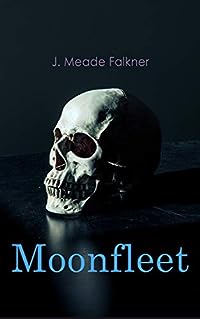 In 1757, Moonfleet is a small village near the sea in the south of England. It gets its name from a formerly prominent local family, the Mohunes, whose coat of arms includes a symbol shaped like a capital ‘Y’. John Trenchard is an orphan who lives with his aunt, Miss Arnold. Village legend tells of the notorious Colonel John “Blackbeard” Mohune who is buried in the family crypt under the church. He is reputed to have stolen a diamond from King Charles I and hidden it. His ghost is said to wander at night looking for it and the mysterious lights in the churchyard are attributed to his activities. One Sunday, while attending the service at church, John hears strange sounds from the crypt below. He thinks it is the sound of the coffins of the Mohune family. The next day, he finds Elzevir and Ratsey against the south wall of the church. They claim to be checking for damage from the storm, but John suspects they are searching for Blackbeard’s ghost. 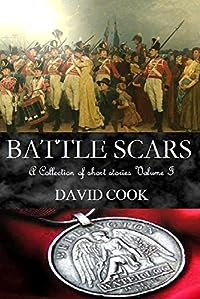 Battle Scars: A Collection of Short Stories Volume I
by David Cook

A collection of ten short stories of heroism and tragedy set during the long years of war between 1793-1815.

Outpost – A prelude to Blood on the Snow with Jack Hallam.
The Emerald Graves – Lorn Mullone at the Battle of Vinegar Hill.
Pipe and Drum – The Battle of Assaye seen through the eyes of a Highlander of the 78th Foot.
Plains Wolf – A prelude to Marksman with Rifleman Cadoc.
Summer is Coming – The horrors of the French retreat, winter, Russia, 1812.
The Diabolical Circumstance of Captain Bartholomew Chivers – A hero who is a rogue, adulterer and all-round knave.
Flowers of Toulouse – A spine-chilling story.
Lamentation – A redcoat looks back on his life after the Battle of New Orleans.
Enemy at the Gates – The bloody defence of Hougoumont.
The Bravest of the Brave – Ney’s final moments at Waterloo. 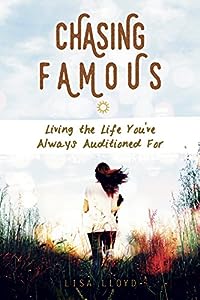 Have you ever considered your life as an audition? Regardless of who or where we are, we are constantly — often unconsciously — auditioning for a part. Loving wife. Amazing employee. Crafting queen. Socialite. All we really want is to be loved, affirmed, and accepted.

What if we could learn to live the life we have always been auditioning for without all the stress? Chasing Famous is a redemptive book that teaches us how to take the focus off ourselves and shift it back on to the glory of God. Written by a professional actress who readily admits that she is the most self-centered person she knows, Chasing Famous provides practical and sometimes humorous examples of scriptural truth that will help you master the natural self-centered tendencies of life.

Once you’ve mastered these issues — and you can — your story will turn the spotlight on God where, you’ll soon discover, what it means to truly live.