Go big or go home is what the rain said today. It rained so hard that school was canceled for the day and my baby bassets got to stay home. I really won some points with them when I told them they could play video games as long as they want. No argument there!! I am the favorite today. 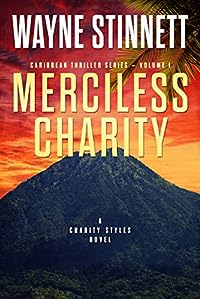 What can be done to stop madness from sweeping the world when political indecision is the norm? When the nation’s leaders lack the backbone to stand up to them, what can stop an enemy that knows no rules? Charity.

Charity Styles is a former Olympian and U.S. Army helicopter pilot. Captured and tortured by terrorists in Afghanistan after the opening blows of the War on Terror, Charity has a score to settle. Now working for the Department of Homeland Security, she is offered the opportunity to make a real difference.

Critical memories of her ordeal are buried deep in Charity’s subconscious. When the director of Homeland Security’s vaunted Caribbean Counterterrorism Command, discovers the key to unlocking Charity’s past, he unleashes a tempest, the fury of which no enemy can prepare for.

Already a martial arts instructor and pilot, Director Stockwell guides her training in marksmanship and spycraft, making Charity the most dangerous asset in America’s covert arsenal. Charity then sets her sails, crossing the sea in an antique sloop. A single-minded, all-encompassing determination stays her course.

To confront the enemy and play by their rules. 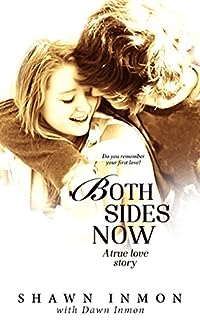 Do you remember your first love?

When Dawn moved from Southern California to rainy, rural, Washington state in 1976, love took a backseat to worries about fitting in at her new school. Over time, her friendship with the boy next door grew until she realized she had found her first love without ever looking for it. Their sweet romance turned sour in 1979, and she said good-bye to that first love, apparently forever.

Twenty seven years later, a chance run-in led Dawn to question whether or not first love can really last and if she can find her own happily ever after. If you remember your first love, what it was like growing up in a small town where everyone knew your secrets, or the simpler times growing up in the seventies, you will find much to relate to in Both Sides Now.

Both Sides Now is a standalone true story that is a companion piece to the best-selling memoir Feels Like the First Time. They can be read separately or in any order. 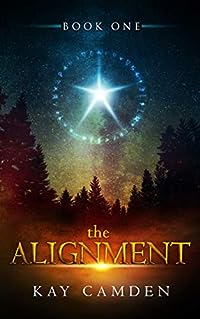 He’s killed three men in the few days she’s known him. Yes, it’s self-defense. But when he tried to kill her, it wasn’t. Her peaceful mountain refuge has been invaded, her inexplicable nausea linked to his physical presence. She’s captive in his house for her “protection,” with a churning stomach, his bad attitude, and no safe way home.

All that changed the night the stars aligned.

Now he’s talking about ancient bloodlines and celestial alignments… and other things she only believes because of what she’s seen him do. He’s heading out for revenge against the family who wronged him, and he needs her help. All she has to do is ingest one homemade dissolving tablet to allow him into her mind — to train her to be just like him.

The answer would be a definite no if she had anything of her world left. If she hadn’t fallen in love with him. 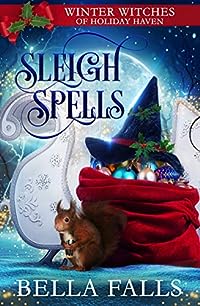 Have yourself a very Merry Witchmas in Holiday Haven, where the magic and mystery of Christmas is snow joke!

Aurora Hart hates everything Christmas, but how could she turn down the opportunity to serve one year of probation in Holiday Haven versus a full sentence for her crimes? Saddled with a talking squirrel roommate, Aurora is doing her best to keep a low profile as she bides her time. Everything is going fine… until Santa’s sleigh gets stolen.Now, all eyes are on her and the other town Humbugs, and it’s up to Aurora to keep her behind from ending up back in jail. With the help of a very important person from the North Pole, she finds herself hot on the trail of the real culprit. But it will take her having to do something she’s never done before — accepting new friends and their assistance. Only then will Aurora be able to turn not only her own life around but also Christmas for the entire world!Will Aurora be able to solve the mystery of who stole Santa’s sleigh in time? Or will the culprit get the final sleigh?Grab your cup of cocoa, sit in a comfy chair by the cozy fire, and find out now in Sleigh Spells! And be sure to check out the other magical mysteries of the Winter Witches of Holiday Haven series! 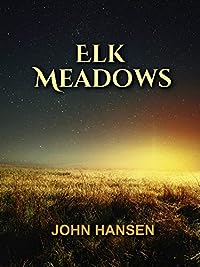 The year is 1883. The place is Idaho Territory. Zack Kotter and Able Pascal’s pursuit of horse thieves takes them to a secluded mountain basin called, Elk Meadows. Neither expected what awaited them there but since they were friends and partners in a ranch, what affected one affected the other. It might have been different had Zack felt differently about things, but he didn’t. Regardless, they were about to embark on an odyssey that would see a number of men die, possibly even them.