The Reviews Are In

The worst question I have to ask every single day is, “What should we have for dinner?” OH MY GOSH!!! Every. Single. Day. ERG. This is why I only give adulting a 2.4 out of 5 start review. 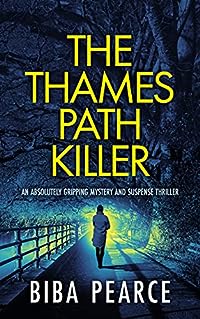 A deranged serial killer targeting brides-to-be. An ambitious young detective. A case that could destroy everything.

A young woman is brutally attacked on her way home. It looks like she was the victim of a jilted — and twisted — ex-lover.

But then two more women, also engaged to be married, are found dead.

The press call the killer the ‘Surrey Stalker’. And there’s a stack of similar cold case files.

The pressure is on for young, ambitious DI Rob Miller.

But with all the time he’s spending at the office, Rob’s also running a fine line trying to keep his fiancée, Yvette, onside as they try to plan their wedding…
AN UNSTOPPABLE CRIME MYSTERY THAT YOU WON’T BE ABLE TO PUT DOWN

MEET THE DETECTIVE
DI ROB MILLER
Detective Inspector Rob Miller of the Met is finally given his first case as Senior Investigating Officer. For an ambitious, young detective, this is a dream come true. He’s gunning for promotion, and will do anything for his job, but can he also keep his personal life in check?

THE SETTING
The Murder Investigation Team is based out of leafy Putney, with its overgrown often-flooded riverbanks. One way the river leads into central London, the other out into the countryside. It’s an idyllic setting that masks a criminal underworld. 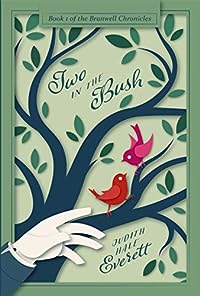 She thought he was the perfect man for her daughter — until she fell in love with him herself.

Sir Joshua Stiles wants nothing more than to fill the hole in his heart left by his wife’s death, but it seems that women are more interested in his fortune than in himself. Cynical and ready to renounce all females, he is none too pleased when his sister invites her dear friend to visit for the Season.

Having survived a joyless marriage, Genevieve Breckinridge has no romantic expectations. In coming to London, she hopes only to cure her daughter’s Gothic fantasies. But Sir Joshua seems always to be at hand, either to witness Genevieve’s most mortifying moments, or to make himself so agreeable that she wishes she had not given up romance.

When her daughter develops a decided tendre for Sir Joshua, however, Genevieve suddenly realizes where her own heart lies, and must make a painful choice. For what loving mother could (or would) play rival to her own daughter? 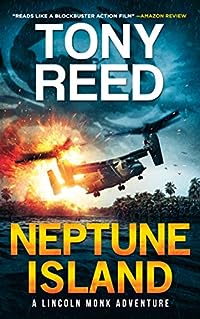 On a remote island with a deadly secret, adventurer Lincoln Monk and his crew confront a billionaire with devastating plans for global supremacy in Tony Reed’s bestselling debut novel, Neptune Island.

Ex-cop turned adventurer Lincoln Monk hasn’t been to Saipan Island in some time, and for good reason–he prefers to let old wounds heal. But when he receives an encrypted data drive just days after an old flame dies under mysterious circumstances, he returns searching for answers.

With help from an assorted group of misfits, Lincoln begins to assemble the pieces of Sienna’s death as a tropical storm engulfs the Mariana Islands. His investigation leads to secluded Neptune Island controlled by billionaire Jonathan Kane–CEO of the Neptune Corporation with a vision to change the world.

Now, faced with an army of mercenaries and a nightmarish jungle, can Lincoln and his off-beat crew uncover the shocking truth behind Sienna’s death and Neptune Island before it’s too late?

If you love David Wood, Rob Jones, tropical islands, dogs, sexy guys, sexier women, over-the-top villains, and non-stop action with a dash of sci-fi, then you’re just a click away from discovering the secrets of Neptune Island. 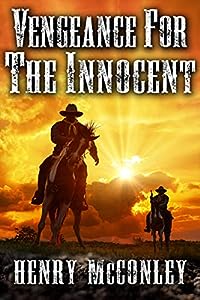 Vengeance for the Innocent: A Historical Western Adventure Book
by Henry McConley

After their parents’ death, Titus Hanover has been like a father to his younger brother, Davis. Davis might be helping him take care of the ranch they inherited, but when he requests to handle the cattle sales by himself, Titus warns him about the dangers that come with it. To his misfortune, things don’t go as planned and three men follow him back to the ranch where they attack and shoot Davis. Titus has no other option but to rush to the doctor for help, where he meets Samara, the doctor’s apprentice. But no matter what the cost, Titus won’t stop until he catches the bandits that nearly killed his brother. As the danger spirals out of his control, will he manage to get revenge for his brother’s suffering with Samara on his side?

When Titus asks Samara to take care of Davis’ wounds, she quickly leaves all her responsibilities behind and does everything in her power to save him. But Titus must find a way to unfold his growing feelings for Samara before it’s too late… Can Samara bring out his true nature and support Titus on his mission for revenge?

With secrets being well-kept and enemies amongst them, Titus and Samara will have to survive through a rough mission for justice. Will Titus triumph over the ruthless criminals and let his love for Samara flourish despite the perilous circumstances?

“Vengeance for the Innocent” is a historical adventure novel of approximately 60,000 words. No cliffhangers, only pure unadulterated action. 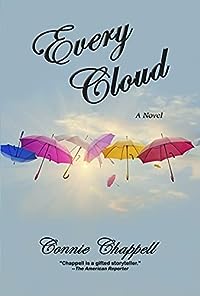 Every Cloud: A Family Drama Novel
by Connie Chappell

The four grown children of Artemus Deconcini spend their summer at Moorings, the family’s Maryland estate, while he spends the season abroad. Nevertheless, his presence is felt.

Jillian is brokenhearted again. Another man raced off in pursuit of his lifelong dream. Moorings’ tower room acts as her sanctuary. With mementos from this lost love, she creates uniquely expressive wall art and finds determination to launch a dream of her own. Gus covets his privacy shield. He attempts to hide an amorous relationship gone recklessly off the rails. Betsy, dear self-absorbed Betsy, arrives with mother-in-law troubles, soon to be exchanged for a female empowerment lesson. Demetri faces recurring nightmares wrapped around Moorings. Or are they wrapped around his powerful father? Or will they unwrap the sins of his powerful father?

Every Cloud focuses on life’s complications, the spirit of family — drama and all — and justly deserved silver linings. 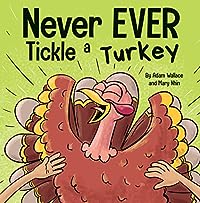 And finally, the most serious reason,
And a stinky one to boot.
Is tickling makes turkeys laugh so much,
The turkey’s gonna toot!

Not only that, but you shouldn’t trust a turkey either, or translate its gobbles into words. There are SO many things you shouldn’t do to a turkey! Find them all out in this brand new Never Ever book, created by the bestselling author of the How to Catch series, Adam Wallace, and the creator of the Ninja Life Hacks series, Mary Nhin.