One Dose Of Wind & Rain

I read half an article today that said the best time to take walks is during those times when the weather is most likely to keep us inside. We should not avoid wind and rain, as well as a mud puddle or two, because those are the times when we are less likely to catch airborne viruses. The wind and rain quickly clean away pollen and germs. I have to admit, I hate the idea of going out when the weather isn’t sunshine and birds singing, but when I do it is kinda nice. I also feel so much better about myself when I get a good little walk in. If hubby goes we always have a nice chat. OKAY! I have a new New Years Resolution! More walks in the rain and wind. I am not going to wait until January first though. By then I have gotten so fluffy from all the delicious holiday food, I feel super icky. Nope. Gonna start now. 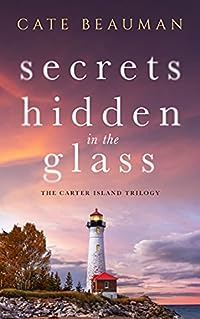 Three Siblings. One Year. Everything Changes.

Stained glass artist Callie Davis is in desperate need of a vacation. Burnt out and on the edge of a nervous breakdown, she’s taking refuge on Massachusetts’ tiny Carter Island. Callie yearns for long, lazy days and pretty walks on the beach — blessed solitude and an escape from the pressures of her career and complications of her life. Then she bumps into gorgeous Nate Carter, and everything changes.

Sheriff Nathan Carter couldn’t be happier now that the height of the summer season has finally come and gone. After four endless months, tourists have packed their bags and headed for the mainland. The quiet days of autumn are about to befall the town — the way Nate and his fellow Sandersonians like it best.

But nothing ends up quite the way Nate expects when he meets the beautiful blond with the big blue eyes. Callie’s pretty smiles hide secrets — deep, dark mysteries that have the potential to rip apart their lives. 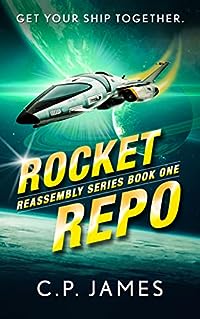 Ace pilot Geddy Starheart and the ancient alien trapped in his head join the crew of a rickety salvage trawler to save the universe from an eons-old conspiracy. But only they know the truth. Can they convince their galaxy to make a stand before it’s too late?

Geddy rose through the ranks of a shady auction house in an especially dirty part of space. When it got too dicey, he fled to Earth 2 and changed his identity. Years later, he watched the last transport leave for Earth 3. Everyone figured him dead, so he rolled with it.

But fate had other plans. One day, he heard a voice in his head — a microscopic alien named Eli who just wanted to return to his home world. Together, they built a starship capable of making the journey. But on the eve of their departure, it disappears.

A chance encounter with a creaky salvage trawler brings new hope and a ragtag crew in need of a captain. With Eli’s help, they uncover a dark conspiracy to destroy all civilization in the universe. To stop them, they’ll need to get their ship together or die trying. Preferably the former. 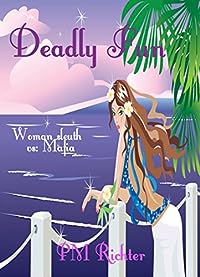 DEADLY FUN – The perfect sleuth is a chameleon, every man’s perfect dream.

Exotic luxury cruises to the Bahamas are supposed to be fun and exciting. This trip is a routine investigative job for a woman who works in disguise and undercover, using her beauty to entice men to reveal their secrets. The exciting and sometime harrowing is expected, but this job will be like no other.
Her boss is aboard, as is a Mafia enforcer with murderous ties to her own family
She chases suspects through tropical islands, gets in physical confrontations with knife, fist and firearms.
By the end of the cruise, the deck is awash in blood. Can she survive a deadly fun cruise–and her boss, who may prove more deadly than the mobsters? 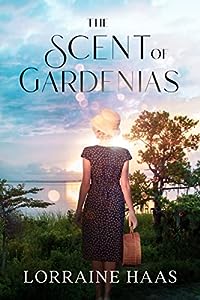 The Scent of Gardenias: A Strong Woman Overcoming Circumstances Novel
by Lorraine Haas

She had big dreams. But will war, tragedy, and naïveté ruin her aspirations?

America, the 1940s. Margaret Rose longs to escape her family’s poverty. So against her domineering father’s wishes, the determined young woman elopes with an older man. But shortly after the US enters WWII, her grand ambitions sink when her husband’s ship is torpedoed.

Training to become a nurse to give herself a future, Margaret’s despair deepens when she discovers she’s pregnant and must quit to have the baby. And now without income to support a child, the desperate widow marries a man who takes her far from home… and into disaster.

Will Margaret rise above catastrophic misfortune and create the life she deserves?

Poignant and heartfelt, The Scent of Gardenias chronicles the struggle of a Twentieth-Century woman carving a place in a society stacked against her odds for success. Inspired by her mother’s true story, Lorraine Haas lays bare a brave and challenging journey of grit and self-discovery you won’t soon forget. 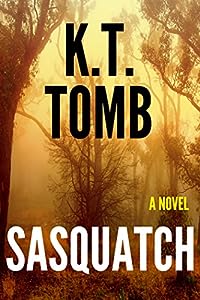 Deep in the Piney Woods of Texas, can Lux Branson find a creature that may not even exist?

Female bounty hunter and expert tracker, Lux Branson, is hired by cryptozoologist, Dr. Stevens, to find a legendary creature that he believes lurks in the Piney Woods.

What she doesn’t count on is leading a motley team of field investigators: Sam, the pompous anthropologist; Julie, the know-it-all biologist and survivalist; Ben, whose tattoos hide more than they reveal; and Hal, a seasoned adventurer.

In the unforgiving Texas woodlands, their days-long foray to seek Bigfoot leads Lux and her team to a remarkable discovery… and possibly a hoax.

But when one of the team disobeys a direct order, the tables are turned and the hunters become the hunted. Now, it will take all of Lux’s instincts and training to help her team survive the impossible danger and emerge from the woods alive.

Five adventurers head deep into the woods seeking proof of a living legend… but will they live long enough to tell their tale? 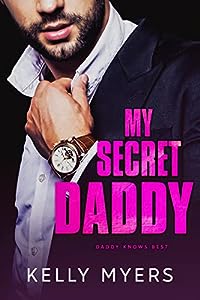 He is everything I ever wanted.
But I can never have him.

It was just one night with William Hart.
He took my virginity, but I knew that had to be the end.
I’m too young for him.
And he’s too set in his bachelor ways.

I’m a shy country girl.
William is a powerful lawyer with an extravagant city life.
We could never work.

That doesn’t mean I don’t still want him though.
He may be old enough to be my father,
But that only makes me long for his touch.

One mistake leads to another.
And when I find out I’m pregnant,
I know I’m in trouble… 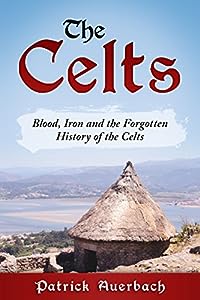 The Celts: Blood, Iron and the Forgotten History of the Celts (British History Books)
by Patrick Auerbach

The Celts were a group of tribal societies tied by similar language, religion and culture in Iron Age and Medieval Europe. Celtic culture began to develop as early as 1200 BC and spread through migration to the British Isles, France and other parts of Europe.

“Celtic” refers to people descended from one of the current Celtic regions on the western extremities of Europe. Each of these regions has retained much of its indigenous culture and distinctive language throughout the centuries.