The Star O’Brien Mysteries, County Mayo Mystery series, are Irish-set cozy mysteries featuring the fiercely independent, inquisitive, hates-to-be-disconnected-from-her-cellphone, amateur female sleuth, Star O’Brien. An American information broker turned amateur sleuth, Star is determined to discover the truth about her mother’s mysterious disappearance when Star was only six years old. She’s more accustomed to the un-dangerous pursuit of digging through databases, not chasing down killers. But Star’s journey to the truth is littered with dead bodies and mysteries to solve, all set in the wild, rugged, and beautiful landscape of Ireland. 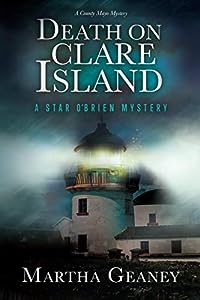 American information broker Star O’Brien has journeyed to ruggedly beautiful Clare Island, in County Mayo, Ireland, for two reasons. One is to settle the estate of her recently deceased lover. The other is to tackle the mystery of her own existence. As owner of her own company, The Consulting Detective, Star’s accustomed to spending long hours scouring through public records and obscure databases to research mundane, un-dangerous things like divorce, adoption, and missing heirs. She’s not accustomed to dealing with freshly dead bodies.

The police say it’s a closed case. A young drug addict wandered too close to Clare Island’s famously treacherous cliffs. But Star doesn’t believe the stories she’s hearing about the young man, just as she didn’t believe it when those same police dismissed her mother’s disappearance as “abandonment” when Star was only six years old.
Star puts her investigation skills to work, trying to separate truth from fiction in the testimonies of those close to the victim. Who is telling the truth and who is lying to her? The head of an anti-drug foundation? A volatile ex-lover or a besotted young art student? The restorer of the island’s ruins? Then another body turns up. Can the fiercely independent Star face up to her own past, while racing to uncover the killer before she becomes the next victim? 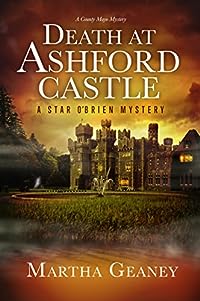 “Star O’Brien is a haunting voice for the dead, the missing, and the lost.”

Successful American information broker and female amateur sleuth Star O’Brien is back in County Mayo, Ireland, hot on the trail of new clues to her mother’s long-ago disappearance. Who is Evelyn Cosgrove, a mysterious woman who may or may not have information about Star’s mother, who went missing when Star was only six years old?

This time Star’s splitting her time between the market town of Castlebar, and the island village of Cong, County Mayo, home to the medieval castle turned luxury hotel, Ashford Castle. But Star never expected a quiet walk in Cong Woods would lead to the discovery of a dead woman. The death was no accident. Why would anyone have wanted to murder her? Does the dog Star rescues have anything to do with the murder victim?

Star has a healthy skepticism of the local police — after all, the police tried to convince her that her mother abandoned her — but in spite of that, Star is determined to talk to them about what she witnessed the night of the murder. Complications deepen as Star works to untangle tales of ghost sightings, a rash of mysterious break-ins, and creepy encounters. When yet another body is discovered, Star is more determined than ever to find the truth. But when the murderer’s sights turn to Star, will she survive a confrontation with a killer?