If you enjoy globe-trotting travel adventure, international mystery and crime, or archaeological thrillers, then pick up these fast paced action adventures by A. D. Davies. 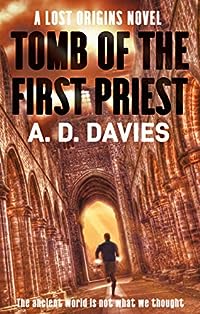 From Prague to London, Europe to Asia, Tomb of the First Priest launches the Lost Origins series, each book charting a new story exploring gaps in humanity’s long history.

Note, this novel was previously published by KindlePress under the title “Tomb of Aradia” by author name “Antony Davies”. The three first books in the Lost Origins series have been republished under new titles and a new author pen name, and contain minor editorial tweaks from the original texts. Original titles were The Reaper Seal and The Eagle Plague.