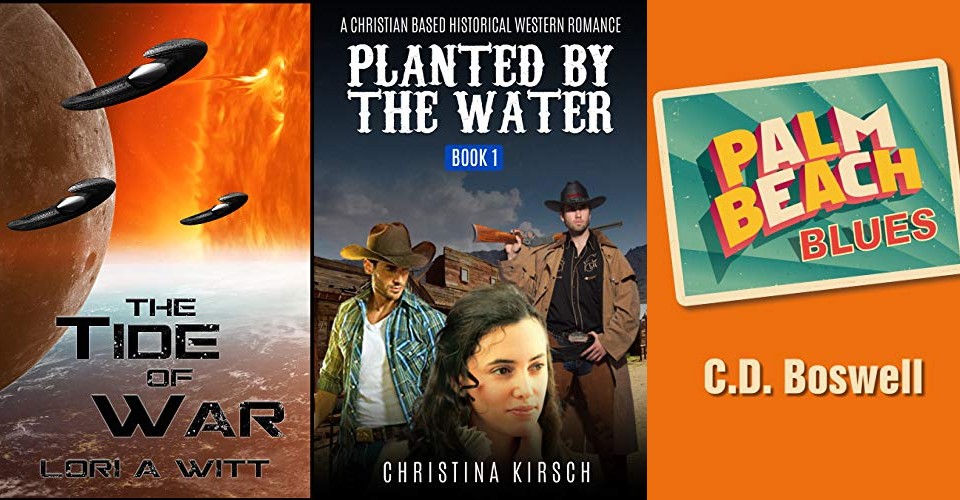 I just told hubby that he is not allowed to call me crazy every time he catches me talking to myself. He then proceeded to make cuckoo noises. I now keep looking over my shoulder before I say anything to myself out loud. You know this is how crazy starts right? 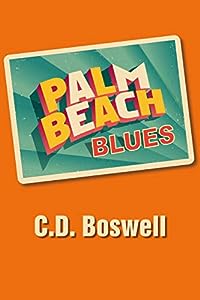 If stealing a half million dollars from the Mafia is a bad idea, then using the money to pay off a homicidal Russian loan shark is an insane idea.

Elliot Becker realizes this a little too late as his well-intentioned South Florida real estate scam starts to fall to pieces. He needs a Plan B — and he needs it now — because when Ponzi schemes fail, they tend to fail fast.

Complicating matters is Logan Treverrow, an aspiring sculptor and newly-returned veteran from Afghanistan trying to figure out who took out a $200,000 loan in his soon-to-be-ex-wife’s name — and why all signs are pointing to Elliot Becker.

Add an ex-Spetsnaz assassin with dreams of owning a boutique hotel in Palm Beach, a Mob fixer in a midlife crisis, and a budding arsonist with a skin condition, and you’ve got just a few of the characters in Palm Beach Blues, a black comedy in the spirit of Carl Hiaasen and Tim Dorsey. 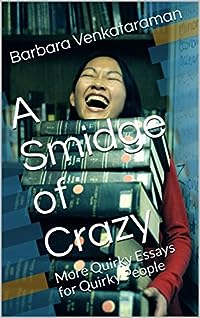 A Smidge of Crazy: More Quirky Essays for Quirky People
by Barbara Venkataraman

A collection of humorous insights into important topics ranging from being targeted by annoying ads (“Nowhere to Hide”), to resorting to symbols when you’ve forgotten your words (“At a Loss for Words”), to figuring out what door that extra key opens (“My Extra Key”). Other essays examine how sitting is the new smoking (whatever that means), what it means to have stamina, and why it is just so hard to focus when you have the attention span of a gnat.

The Tide of War
by Lori A. Witt

Lieutenant Commander Kyle West is one of Unified Fleet’s greatest fighter pilots. Every day, he leads his squadron into battle over Earth’s cities in a seemingly endless war against a vicious alien race, defending his home and his loved ones.

Millions of miles away, the Fleet’s Elite Squadron attacks from another angle, engaging the enemy on its home turf. Casualties are high, and the Squadron needs more of the Fleet’s very best. But joining the Elite is a death sentence — a surety Kyle isn’t willing to face. Until a devastating attack wipes out the family he refused to leave.

Commander Andrei Dezhnyov, an Elite Squadron gunner, isn’t sure what to make of the cocky new American pilot. Kyle is equally uncertain about the snarly Russian, but as they warm up to each other, their tentative alliance becomes a deep bond — one that endangers them both when a daring and disobedient rescue reveals secrets that call into question everything they’ve ever believed about their enemy. Secrets that their superiors would kill to protect. 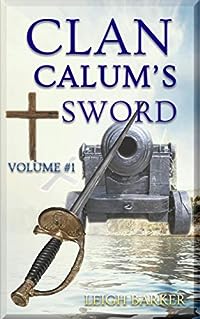 Escape with our hero as he tries to keep out of the Bonnie Prince’s rebellion against the English but is pulled in again and again by his refusal to walk away from injustice.

Volume #1 – Set during the Jacobite Rebellion, from Bonnie Prince Charlie’s arrival in Scotland to the blood on Drummossie Moor.

If you like your adventure full-on and your heroes fearless and noble, then you’re going to love this edge-of-your-seat excitement!

Calum Maclean is a sword-for-hire and a thorn in the side of anyone who sets himself up as Authority.

He returns to the Highlands from the war in Flanders where he fought for the English, for a price, to find Bonnie Prince Charlie has arrived and war with the English is inevitable.

Everyone thinks Calum will obey the Pretender. Everyone is wrong. Calum Maclean tips his hat to no man.

When his former love asks him to fetch her man from the English army, he accepts without hesitation. It’s a noble cause, and Calum can’t resist a noble cause. Even if it might cost him his life.

The journey has begun! 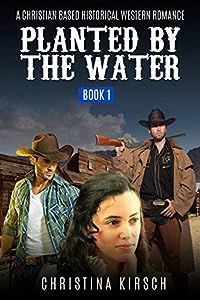 Planted By The Water Book 1: A Christian Based Historical Western Romance
by Christina Kirsch

The story unfolds in The New Mexico Territory, in 1878. Throughout her many years living in Lincoln, New Mexico, Agatha Price has had a mission. Several children have come into her life who have lost their parents and Aggie has taken them in as her own. She raises them up in faith and teaches them the word of God.

Although she follows her “mother’s” teachings, the oldest child, the beautiful Rose, wants adventure in her life. One night at the town dance, Rose meets a mysterious cowboy named Billy. The young man sweeps her completely off her feet, both on the dance floor and in this new love relationship. However, there is another young man vying for her affection, Sam, a kind and stable rancher. Mother Aggie would prefer to have Rose fall in love with the noble Sam, but Rose has been meeting the cowboy in secret and falling deeper in love.

When things get tense in the little town of Lincoln, New Mexico, Rose’s cowboy is asked to defend a vulnerable store proprietor. As the events become too hot to handle, the cowboy finds that his skill as a gunslinger must be put to use. Rose is caught between her traditional upbringing and the wildlife of her cowboy lover. Will Aggie be able to help Rose to stay planted in the faith?