Time To Stop And Relax

In Farleigh Field: A Novel of World War II
by Rhys Bowen

World War II comes to Farleigh Place, the ancestral home of Lord Westerham and his five daughters, when a soldier with a failed parachute falls to his death on the estate. After his uniform and possessions raise suspicions, MI5 operative and family friend Ben Cresswell is covertly tasked with determining if the man is a German spy. The assignment also offers Ben the chance to be near Lord Westerham’s middle daughter, Pamela, whom he furtively loves. But Pamela has her own secret: she has taken a job at Bletchley Park, the British code-breaking facility.

As Ben follows a trail of spies and traitors, which may include another member of Pamela’s family, he discovers that some within the realm have an appalling, history-altering agenda. Can he, with Pamela’s help, stop them before England falls?

Inspired by the events and people of World War II, writer Rhys Bowen crafts a sweeping and riveting saga of class, family, love, and betrayal. 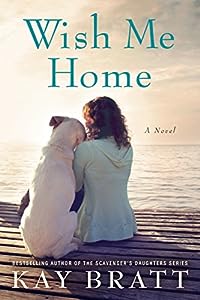 Wish Me Home
by Kay Bratt

In her first work of contemporary women’s fiction, bestselling author Kay Bratt draws on her own life experiences to create a raw, yet inescapably warm, novel about friendship and a wary heart’s unexpected capacity to love.

A hungry, stray dog is the last thing Cara Butter needs. Stranded in Georgia with only her backpack and a few dwindling dollars, she already has too much baggage. Like her twin sister, Hana, who has broken Cara’s heart one too many times. After a lifetime of family troubles, and bouncing from one foster home to another, Cara decides to leave it all behind and strike out alone — on foot.

Cara sets off to Florida to see the home of her literary hero, Ernest Hemingway, accompanied only by Hemi, the stray dog who proves to be the perfect travel companion. But the harrowing trip takes unexpected turns as strangers become friends who make her question everything, and Cara finds that as the journey unfolds, so does her life — in ways she could never imagine.

A Dangerous Fortune: A Novel
by Ken Follett

In 1866, tragedy strikes the exclusive Windfield School when a young student drowns in a mysterious accident. His death and its aftermath initiate a spiraling circle of treachery that will span three decades and entwine many lives.

From the exclusive men’s clubs and brothels that cater to every dark desire of London’s upper class to the dazzling ballrooms and mahogany-paneled suites of the manipulators of the world’s wealth, one family is splintered by a shared legacy. But greed, fed by the shocking truth of a boy’s death, must be stopped, or the dreams of a nation will die. 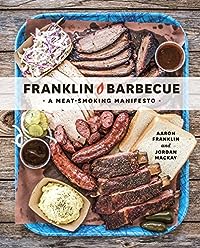 NEW YORK TIMES BESTSELLER. A complete meat and brisket-cooking education from the country’s most celebrated pitmaster and owner of the wildly popular Austin restaurant Franklin Barbecue.

When Aaron Franklin and his wife, Stacy, opened up a small barbecue trailer on the side of an Austin, Texas, interstate in 2009, they had no idea what they’d gotten themselves into. Today, Franklin Barbecue has grown into the most popular, critically lauded, and obsessed-over barbecue joint in the country (if not the world) — and Franklin is the winner of every major barbecue award there is.

In this much-anticipated debut, Franklin and coauthor Jordan Mackay unlock the secrets behind truly great barbecue, and share years’ worth of hard-won knowledge. Franklin Barbecue is a definitive resource for the backyard pitmaster, with chapters dedicated to building or customizing your own smoker; finding and curing the right wood; creating and tending perfect fires; sourcing top-quality meat; and of course, cooking mind-blowing, ridiculously delicious barbecue, better than you ever thought possible. 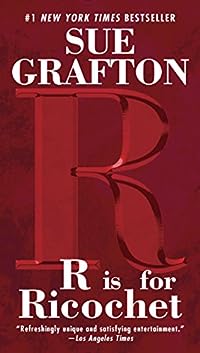 R Is For Ricochet: A Kinsey Millhone Novel
by Sue Grafton

In this #1 New York Times bestseller in Sue Grafton’s Alphabet series, private investigator Kinsey Millhone has her hands full when a job that should be easy money takes a turn for the worse.

Reba Lafferty was a daughter of privilege, the only child of an adoring father. Nord Lafferty was already in his fifties when Reba was born, and he could deny her nothing. Over the years, he quietly settled her many scrapes with the law, but wasn’t there for her when she was convicted of embezzlement and sent to the California Institution for Women. Now, at thirty-two, she’s about to be paroled, having served twenty-two months of a four-year sentence. Her father wants to be sure Reba stays straight, stays home and away from the drugs, the booze, and the gamblers… It seems a straightforward assignment for Kinsey: babysit Reba until she settles in, make sure she follows all the niceties of her parole. Maybe a week’s work. Nothing untoward — the woman seems remorseful and friendly. And the money is good.

But life is never that simple, and Reba is out of prison less than twenty-four hours when one of her old crowd comes circling round… 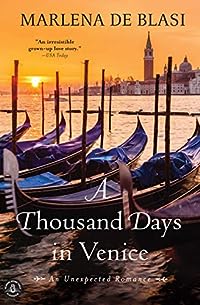 A Thousand Days in Venice: An Unexpected Romance
by Marlena de Blasi

An American chef meets the love of her life among the beautiful canals and exquisite cuisine of Venice — “better than a romance novel, it’s the real thing” (New Orleans Times-Picayune).

Fernando first sees Marlena across the Piazza San Marco and falls in love from afar. When he sees her again in a Venice café a year later, he knows it’s fate. He knows little English; she, a divorced American chef traveling through Italy, speaks only food-based Italian. Marlena thought she was done with romantic love, incapable of intimacy. Yet within months of their first meeting, she quits her job, sells her house in St. Louis, kisses her two grown sons goodbye, and moves to Venice to marry “the stranger,” as she calls Fernando.

This deliciously satisfying memoir is filled with the foods and flavors of Italy and peppered with culinary observations and recipes. But the main course here is an enchanting true story about a woman who falls in love with both a man and a city, and finally finds the home she didn’t even know she was missing.