Since the sun decided to come out for a visit yesterday I though it would be nice to stop bee chasing for a minute and check out the garden. It is still a bit cold for the plants, but a few have been perking up and have graced me with a few flowers. I was super excited to see one plant’s crazy looking flower. I didn’t even know that it would bloom. That is a treat! I know we need the rain, but I am very anxious for it to warm up for longer than a few days at a time, and for the garden to explode with growth and blooms. Here are just a few little pictures I wanted to share. 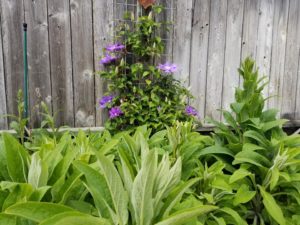 Foxgloves about to bloom 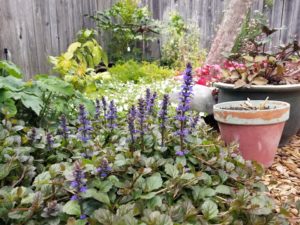 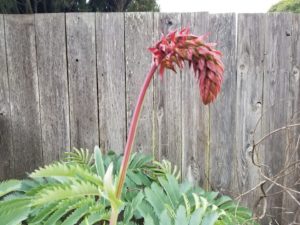 I wasn’t expecting this! 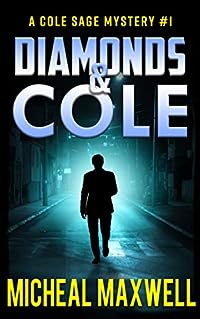 Diamonds and Cole: A Mystery and Suspense Novel (A Cole Sage Mystery Book 1)
by Micheal Maxwell

How Far Would You Go For the One That Got Away?

Cole Sage has about reached rock bottom. He is stunned to receive a cry for help from his one great love. Faced with his past, and an uncertain future he promises to find her estranged daughter.

Cole is blocked at every turn by the husband who abandoned her, shady real estate deals, violent street thugs and a fortune in diamonds that unite them.

Beaten, bloody but determined, Cole Sage defeats greed and hatred with a strength that only love and a will as hard as diamond can achieve.

BONUS: This edition includes an excerpt from book #2 in the Cole Sage Mystery Series – Cellar of Cole!

Micheal Maxwell has found a niche in the mystery, suspense, genre that gives a readers an everyman hero, short on vices, long on compassion, a sense of fair play, and the willingness to risk everything to right wrongs. 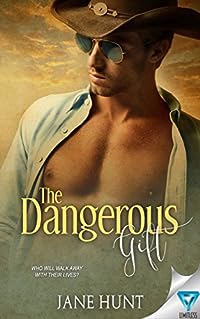 The Dangerous Gift
by Jane Hunt

After a tragic plane crash kills Jennie Taylor’s guardians, she returns to her childhood home — and her first love, Jared Stewart.

At just eighteen years old, Jennie had left the Unicorn Ranch in Texas to seek a life in the outside world. But she wasn’t just running toward independence. Heartbroken and confused, Jennie fled her home after Jared harshly rejected her on the eve of her birthday.

Now she must choose between making a new life on the ranch she has grown to love, or returning to her simple but empty life in England. The choice seems obvious at first, but nothing in life is simple…

Jared is forced to share control of his beloved ranch with the woman he wants but can’t have.

When Jennie receives an anonymous note, she goes to Jared for support. But what she finds is more than she was prepared for, driving the two further apart than ever. When an old friend is murdered and suspicious accidents escalate, endangering Jennie’s safety, Jared becomes her reluctant protector.

Jennie knows Jared is hiding something, but does he really want her gone from the ranch? And if so, could he be the one behind the ominous threats?

Determined to prove Jared isn’t involved, Jennie turns detective. Can she succeed in her courageous but reckless investigation… or is the truth a dangerous gift she won’t survive? 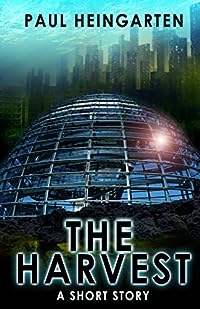 Kyle, 17, wants to believe what he’s been taught all his life: he and the chosen kids in his colony have been training to work the Harvest, producing the only food the world will soon have. But another colony kid, Devora, has learned just what the Harvest is, and is hell bent on saving Kyle and the other kids from lies they’ve all been fed.

Devora isn’t new to being a spectacle. A castoff with no parents, she’s no stranger to colony punishments. Even Allie, Devora’s bunk mate, would be in much worse shape if not for Kyle’s help with instruction classes and physical training. Allie joins Devora’s cause and tries to enlist Kyle.

Devora and Allie… two troublemakers. Or are they?

As Kyle nears graduation, things begin to unravel as Devora disappears from the colony. Then, his bunk mate vanishes, only to return badly beaten. Desperate for answers, he receives only calculated direction from Anton, the colony proctor as well as the staff of instructors and protectors intent on maintaining discipline at all costs.

Does Kyle trust what he’s been taught all along? Or does he take the word of Devora and Allie about the real problem they face? 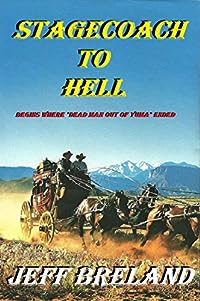 Otis Brady, Mark Robichaud’s best friend, is returning from Las Cruces by stage. The stage is not far from Wilcox when it is hit by bandits. The blood-thirsty killers shoot the driver, the guard, and two male passengers. Otis manages to escape and present a futile defense. Despite his efforts, they kidnap the only woman passenger with intentions of taking her to Mexico. Not long after they set out across the open desert, Otis is on their tails with a borrowed horse and rifle. 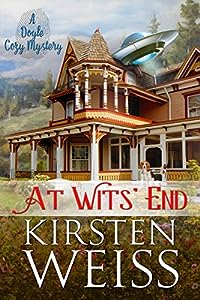 A cozy mystery that’s out of this world…

Men in Black. Conspiracy-crazed old ladies. Can a clueless innkeeper catch a killer… and stick to her carefully crafted schedule?

When control-freak Susan Witsend inherits her grandmother’s UFO-themed B&B, she’s ready to put her organizational skills to the test. She knows she can make the B&B work, even if there is a faux-UFO in the roof. After all, what’s not to love about a Victorian nestled in the high Sierra foothills?

None of her carefully crafted policies and procedures, however, can prepare her for a corpse in room seven – the body of her small-town sheriff’s ex-husband. Good thing Susan has her own plans to solve the crime.

But is there a government conspiracy afoot? Or is the murder a simple case of small-town vengeance?

Susan must keep all her wits about her. Because the killer isn’t finished, and if she isn’t careful, her fate may be written in the stars…

Breakfast recipes in the back of the book.