HAPPY HALLOWEEN!!!! I thought my friends knew me. They called and asked if the Halloween party is still on. YOU BET YOUR SWEET PUMPKIN IT IS!!!! I have spiders all around the house, my heartbeat challenged skeletons are ready to greet our guests, and I have NACHOS! I know I am going to regret having melted nacho cheese with a bunch of sugared up kids running around the house, but after this week of fires, winds storms, and earthquakes, I need this party to ROCK! It will rock with melted cheese. Melted cheese is just that good. 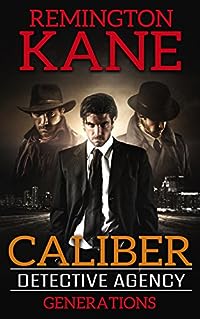 From the plains of Texas in 1875 to present day New York City and the world, the name Caliber is synonymous with heroism.

After the death of his long-time friend and secretary Velma, legendary, octogenarian P. I. Jake Caliber is thrilled to meet Velma’s niece.

However, the beautiful young woman hides a secret, and only time will tell if she’s friend, or foe. 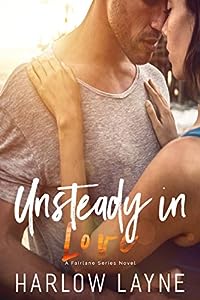 Unsteady in Love: Holden and Prue
by Harlow Layne

Everything I thought he wanted was a lie…

I kept loving Holden Montgomery, even after he walked away, shattering my heart into a million pieces.

Now after four years, he’s back on my doorstep… pleading for forgiveness and my hand in marriage.

He asked for time and I vowed to try, but now he was half a world away, deployed with the Marines.

Tragedy strikes, causing Holden to return to me half the man he was before. Now I’ll have to decide if it’s worth risking my heart for a second time, or if our chance at happiness has passed.

Unsteady in Love is a stand-alone in the Fairlane series. The series has crossover characters from each novel. It is not required to read the books in order, but it is recommended to enhance the reading experience. 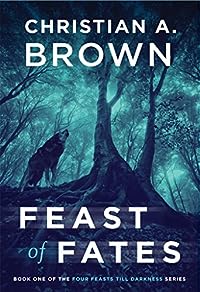 Feast of Fates (Four Feasts till Darkness Book 1)
by Christian A. Brown

“While you wait for Game of Thrones… “–ForeWord Clarion

Morigan lives a quiet life as the handmaiden to a fatherly old sorcerer named Thackery. But when she crosses paths with Caenith, a not wholly mortal man, her world changes forever. Their meeting sparks long buried magical powers deep within Morigan. As she attempts to understand her newfound abilities, unbidden visions begin to plague her — visions that show a horrific madness descending on one of the Immortal Kings who rules the land. With Morigan growing more powerful each day, the leaders of the realm soon realize that this young woman could hold the key to their destruction. Suddenly, Morigan finds herself beset by enemies, and she must master her mysterious gifts if she is to survive. 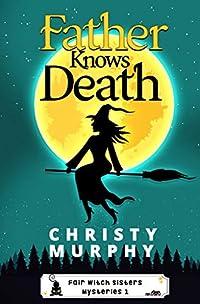 Two weeks after their birthday, twins Joy and Didi discover they’re going through “The Change” also known as the time when late-blooming witches get their magic.

That would be fun news except they descend from a line of ancient witches with magic that skews evil. To make sure they’re not following in their ancestor’s footsteps, the Witches High Council demands they prove their innocence by undergoing “a trial.” But this is no ordinary trial.In order to prove their innocence, the twins have to help a mortal solve the death of his true love while proving their internal goodness. With the help of their rule-breaking, witch mom, their fairy godparents — the Greek Titaness Themis and Death — and their suicidal client, Didi and Joy find themselves immersed in a world of mortal mob crime, magic, and even a ghost.Will they pass the test, or will they be sentenced to death?

If you love paranormal witch cozies with cats, comedy, and a touch of romance, you’ll love this new cozy mystery series. Each book complete. Read in any order. 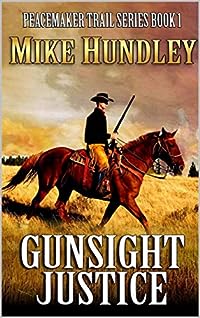 On the western frontier there are times when he must holster a gun and ride out to right a wrong — at times, a man has to demand GUNSIGHT JUSTICE! This is the new action-packed acclaimed Western saga, a full storied novel from Mike Hundley.

After the Civil War, Will Garrison takes his family west. Together they build a ranch and battle powerful Indian tribes who have hunted the lands for centuries. A peace feather is offered after a climactic battle. With the Indian tribes and the Garrisons now walking a path of peace, a new threat has emerged… the railroad. Greedy government-backed killers plan to annihilate everyone and claim the land they need to expand their rail lines north across Colorado and into Utah. Their vile, sinister plan is revealed after many fights.

Will Garrison’s son, Gabe, fights back and unleashes his pent-up vengeance against the railroad and kills one of their hired mercenaries. A destined meeting of chance leaves him rescuing a bloodied woman and falling hopelessly in love with the dark beauty. May is a brave woman who fights to guard a secret of her own. Together they flee to ancient trails, and as paid assassins track them, it becomes a long vengeance trail of dead men. When May reveals her deadly secret, Gabe finds himself at war with the railroad, an evil killer, and with everything he ever knew. He knows it’s time for GUNSIGHT JUSTICE!

This is the action-packed Western that will remind you that freedom is something you must always fight for. Good battles evil as epic conflicts become climatic love scenes, and you find yourself breathlessly riding a trail of danger, deceit and passion with Mike Hundley in this Western that leaves no bullet unfired, no emotion untouched, and no reader left behind.

This book was previously published as “The Silver Saddle.”