Two Gnomes Walk Into A Bar

It rained? Around here that’s just not normal. It’s not completely unheard of, but strange. It certainly wasn’t raining in my yard though. I was working my tushy off pulling weeds and deadheading plants to get a second bloom. I was also hauling dirt under a hot sun, while it was raining at my friends house a few miles away. I’m not bitter. I like gardening, and I like standing back and admiring all my hard work. It just would have been very convenient if it could have rained at my house, after I finished, to give my garden a much needed drink and make it look all pretty and clean. Since we are not in a drought I can tell you this and not be ashamed. Sometimes, after I have done a huge clean up in the backyard, and it’s looking particular good, I spray down the path and plants and do an end of gardening show narration in my head. I NEVER say it out loud. My neighbors hear enough from my yard to know they live next door to crazy town. I don’t need to add to it. I might have a look of thoughtful contemplation on my face, but actually it’s just me thinking about how awesome I am at gardening. 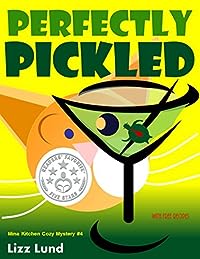 From the funny author of Confection Connection, Christmas Bizarre and Kitchen Addiction! 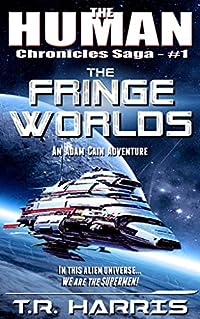 Adam Cain is an Alien with an Attitude…
From international bestselling science fiction author T.R. Harris… here is the FIRST BOOK in his epic Saga of Human Superiority throughout the galaxy. This is the book that started it all…
The Human Chronicles Saga – Book 1: The Fringe Worlds

An attitude? Why not?

After all, what would you do if you were abducted by aliens and transported into a strange, new universe away from your home, your family — everything familiar to you? Would it make you happy? Not likely!

Now imagine you’re stronger, faster and more coordinated than every alien species you encounter. Would you start kicking some ass? Of course you would!

This is the story of Human Superiority in the galaxy, a gritty, realistic profile of a young Navy SEAL would doesn’t like aliens very much — and he makes them pay for the bad mood he’s in.

As this excerpt explains:

Riyad stopped his story and narrowed his eyes. “You must to know by now, my friend, that we Humans have certain advantages over most of the creatures out here. In fact, as I understand it,you bested two Rigorians your first day on Nimor. That is no easy task.”

“I didn’t pick that fight–they started it!” Adam said in his defense.

“Oh, I’m not being critical; I’m just pointing out a fact. In the six years I have been out here, I have found creatures who are faster, stronger and tougher than we are. Some even exhibit remarkable intelligence and coordination. Yet none of these creatures combine all these traits into one being like we do. Out here, HUMANS ARE THE SUPERMEN. No, we can’t fly, and we can certainly be killed by the weapons they possess. But none of the creatures I’ve encountered can stand against us in a fair fight.”

The Fringe Worlds is the first in The Human Chronicles Saga. Full of adventure, space battles and exotic locales, the books are also laced with street-wise humor and an honest realism not often found in science fiction these days. 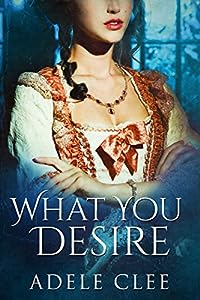 What You Desire (Anything for Love Book 1)
by Adele Clee

Sebastian Ashcroft, fourth Marquess of Danesfield, had no intention of accompanying Sophie Beaufort on a ludicrous quest to find her missing brother. Nor did he want to be part of the investigation into her brother’s dealings with the mysterious Comte de Dampierre.

But desire can do strange things to a man.

Threatened with an indecent proposal from a dissolute French comte, Sophie Beaufort is forced to travel to London to discover the reason behind her brother’s mysterious disappearance. Capable of handling her own affairs, the last thing she wants is to be encumbered by the dishonourable Marquess of Danesfield – a man she so desperately wants to hate.

But does love once blossomed ever truly fade?

When the Internet collapses, society responds almost immediately… by having a meltdown.
While civilization is steadily destroying itself, IT cubicle-jockey and cyberspace junkie Brent Porter enlists the help of his grumpy office building security guard, Mickey, to find his missing computer gamer girlfriend, Molly. The trouble is, Molly’s fallen down her laundry basket and into a lewd and confusing world of nonsense, in a retelling of Alice’s Adventures in Wonderland with a twist: the heroine is dumped into the deepest, darkest bowels of the Internet.
So while Brent and Mickey are searching for Molly in a city that’s gone to complete chaos, and Molly’s fighting off porn freaks, viruses, and scammers, who’s going to save humanity from the Internet (and itself)? Well, that would be the Downriver Boys, a group of homeless people who’ve never had to rely on technology to survive. These vigilant vagabonds, led by a war veteran and a half-brilliant, half-insane madwoman, will have to rely on everything they know about survival so that Brent, Mickey, and Molly will even have something to come back to. 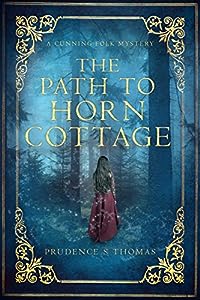 A missing woman, a charming, untrustworthy lord. The mystery deepens at every turn.

Horn Cottage, an ancient cave house, has been home to the cunning folk of Thornton Cleveleys for generations. The early death of her mother left Meryall as the cunning woman for her village before her training was complete.

A young man seeking Meryall’s help to find his missing sister draws her into an ever more complex and sinister mystery. Can she use her divination skills to help solve the mystery of the missing woman and avert a tragedy?

An atmospheric journey through a mystical land, The Path to Horn Cottage is the first book in the Cunning Folk Mysteries series. 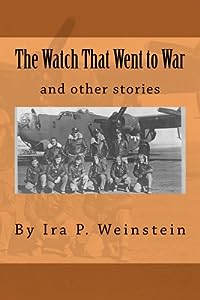 The Watch That Went to War
by Ira Weinstein, Aaron Elson

1st Lieutenant Ira Weinstein, a navigator/bombardier, was not supposed to fly on Sept. 27, 1944. But he wanted to get in his last mission so could be home by Christmas, and he was home by Christmas – a year later.
The 445th Bomb Group, flying B-24 Liberators out of Tibenham, England, suffered the highest one-day loss of any group in 8th Air Force History that day. Thirty-five bombers flew off course and 25 were shot down when the group was ambushed by more than 100 German fighter planes. Ira was one of only three survivors on his crew, and became a prisoner of war in Stalag Luft I.
A retired advertising executive, he has dedicated his time and effort to preserving the memory of the Kassel Mission, and is a member of the board of directors of the Kassel Mission Historical Society. For decades, people have been urging him to write down the many stories, some colorful, others poignant, he has told about his experiences over the years.
These are his stories.