In this thrilling series from Wall Street Journal bestselling author Melinda Leigh, former prosecutor Morgan Dane faces the most personal — and deadly — case of her lifetime.

After the devastating loss of her husband in Iraq, Morgan Dane returns to Scarlet Falls, seeking the comfort of her hometown. Now, surrounded by family, she’s finally found peace and a promising career opportunity — until her babysitter is killed and her neighbor asks her to defend his son, Nick, who stands accused of the murder.

Tessa was the ultimate girl next door, and the community is outraged by her death. But Morgan has known Nick for years and can’t believe he’s guilty, despite the damning evidence stacked against him. She asks her friend Lance Kruger, an ex-cop turned private eye, for help. Taking on the town, the police, and a zealous DA, Morgan and Lance plunge into the investigation, determined to find the real killer. But as they uncover secrets that rock the community, they become targets for the madman hiding in plain sight. 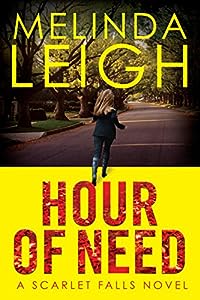 While fighting in Afghanistan, Major Grant Barrett receives devastating news: his brother and sister-in-law have been murdered in Scarlet Falls, the sleepy suburb of Grant’s youth. Emotionally scarred from war, the career soldier returns home on emergency leave to temporarily care for his orphaned nephew and niece. But when someone tries to kidnap the kids and their teenage babysitter, Grant knows it’s not a random act… and neither were the murders.

Already devastated by her neighbors’ violent deaths, Ellie Ross is shattered by the attempted abduction of her teenage daughter so she desperately turns to Grant for help. As they navigate a deadly search for the truth, they struggle with growing feelings for each other and Grant’s impending return to Afghanistan.

But time is running out. The killer is growing bolder by the hour, and Ellie and Grant must find him before the children become his next victims. 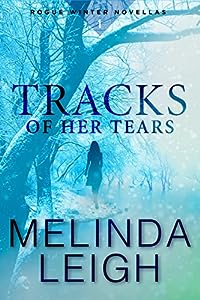 County investigator Seth Harding intends to spend the holidays with his newly reconciled family, but a few days before Christmas, a homicide thwarts his plan. Seth arrives at the scene and makes a painful discovery: the victim is his brother-in-law’s girlfriend. Her apartment has been ransacked and her toddler left motherless. To make matters worse, Seth’s brother-in-law, Bruce, is missing. With Solitude locked in a rare, deadly deep freeze and the temperature plummeting, the residents launch a desperate search.

Seth calls his wife, social worker Carly Taylor, to take the case so the little girl doesn’t get lost in the foster care system. With the holidays near, Carly brings the child home with them to celebrate Christmas. But when the Taylor farm is also trashed, Seth and Carly must race against time — and against a paralyzing winter storm — to find Bruce and catch a killer in the first pulse-pounding sequel to the Rogue River Novellas.