Prepare To Be Charmed

Sassy, Sexy, and Fun! Wall Street Journal bestselling mystery author Larissa Reinhart’s newest heroine, Maizie Albright, is at once naïve and worldly. As a former child star, she craves life in the real world by becoming a PI, just like the TV character that made her famous. Armed with humor, charm, and stubborn determination, Maizie is a breath of fresh air.

She has one chance for a new life: return home to Black Pine, Georgia, and get a job that has nothing to do with show business.

So why not become a private detective — the person she played during the happiest days of her life?
Maybe because…

First: She’s got 10 days to get and keep the job.
Second: She has to convince the only private investigator in town to hire her.
Third: She lost the client’s wife on the first day. (And the woman may be dead… )
Fourth: She just might be falling in love with her new boss. And she just might have lost him his business.
But what has she got to lose, other than imprisonment, her dignity, and possibly, her life?
Start the Wall Street Journal bestselling series and download 15 MINUTES today! “A great mix of Hollywood with Southern charm.” 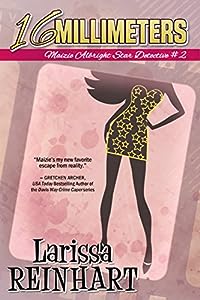 #StillAWannabeDetective In continuing her career-makeover quest as a for-real detective, ex-teen and reality star Maizie Albright has a big learning curve to overcome. A sleuthing background starring in a TV show — Julia Pinkerton, Teen Detective — does not cut the real life mustard. It doesn’t even buy her lunch, let alone extra condiments. Her chosen mentor, Wyatt Nash of Nash Security Solutions, is not a willing teacher. He’d rather stick Maizie with a safe desk job and handle the security solution-ing himself. But Maizie’s got other plans to help Nash. First, win Nash’s trust. Second, his heart.

Wait, not his heart. His respect. His hearty respect.

So when a major movie producer needs a babysitter for his hot mess starlet, Maizie eagerly takes the job. But when her starlet appears dead and then not dead, Maizie’s got more than an actress to watch and a missing corpse to find. Body doubles, dead bodies, and hot bodies abound when the big screen, small screen, and silent screams collide. Maizie’s on the job, on the skids, and on thin ice, hunting a killer who may be a celebrity stalker. And Maizie just might be the next celebrity who gets snuffed. 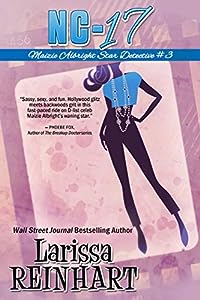 A missing Youtube star. A bank heist gone wrong. A mysterious health retreat for celebrities. Too many ex-fiancés. A growing body count. Oh… and possibly Bigfoot. Just another week in the life of Maizie Albright, Star Detective.

#StillDetectiveing As an ex-star of a hit teen detective show, Maizie Albright gets the youth demographic. Or so she thought. Now that she’s adulting, today’s kids make Maizie feel out of date. At least the teen Youtube stars of Bigfoot Trackers who want to hire her to look into the disappearance and possible murder of their producer. A murder the police find as likely as Bigfoot.

Wait, not man of her dreams.
Boss of her fantasies. Professionally speaking, of course. 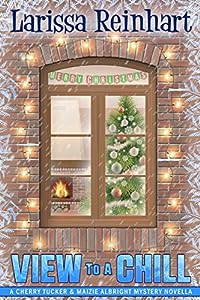 “Chaos, Criminals, Catastrophic Weather, and a Whole Lot of Crazy.”