The Closer They Get 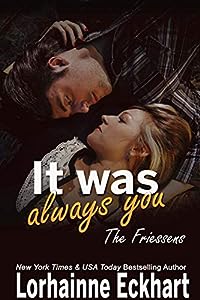 She never realized until she lost him that he was the only man she’d ever love.

Katy and Steven were the loves of each other’s lives until a tragedy and the fallout of Steven’s injuries drove the couple apart.

They share a son, but Katy and Steven have moved on with their lives, dating other people, and neither has seen the other in five long years. But when Steven comes knocking on Katy’s parents’ door after learning she’s back in town, Katy is forced to face her estranged husband and the love that broke her heart, and his intentions regarding their all-but-over marriage are soon made very clear.

The only problem is that as simple as it would be for them to walk away, seeing just what it means to move on and start a new life may not be as easy as they once thought.

Did you miss the other books in this big family romance series? Start with the worldwide bestseller THE FORGOTTEN CHILD translated in German & French, coming soon to Italian, Portuguese, Spanish, Japanese & Chinese. 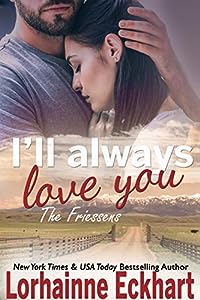 It was the hottest night of sex he’d ever had. Jeremy Friessen had heard the whispers that he was just like his father, with his looks, his bad ass attitude, and arrogance, and he’d never forget the night he’d spent with his best friends sister until she up and left, one day just three years ago.

But now she’s back, he’d caught a glimpse of her at the traffic light again at the store and when her eyes connected with his, she pretended as if she didn’t know him, and that made him angry until he realized she couldn’t hide her reaction to him.

But what Jeremy doesn’t know is why she left, whatever her secret is–whatever her reason was for disappearing, Jeremy is determined to find out everything, and when he does he may wish he’d never found her. 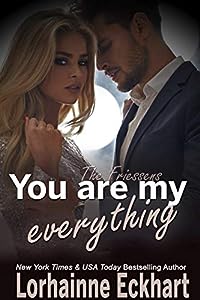 You Are My Everything (The Friessens Book 22)
by Lorhainne Eckhart

Up and coming hockey rookie Michael Friessen has everything going for him: a future few could hope for, parents who are his everything… He doesn’t want anything more until one weekend before he secures a spot with the Canucks, when he wakes up with a ring on his finger and the hottest, sexiest blonde sound asleep beside him.

He tries to tell himself it was a mistake, that he isn’t looking for a relationship, and despite everything about her, including the night he’s still trying to remember, he’s determined not to fall for her. But the closer they get, the deeper he falls — until he learns that the night they met may not have been accidental. 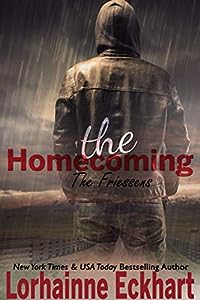 The Homecoming (The Friessens Book 23)
by Lorhainne Eckhart

The Homecoming is a special request from one of my long-time fans, who asked for a book that would revisit the entire Friessen clan with a reunion so you can catch up with all of the family, their wives, and their children. I just couldn’t say no to that. I mean, what could be better than a new book featuring all your favorite Friessen characters and the new generation that has begun?

Catch up with your favorite family, the Friessens, as four generations come together for what they anticipate to be a fun-filled weekend with babies and children, loads of love, and laughter. You can expect all the drama of young love, from the secrets to the hidden truths in a seemingly perfect marriage.

However, one fateful moment changes everything in this unforgettable story. When three lives are put in danger, the fallout could ultimately shatter the deep love and trust in this family, dividing them forever — and the cost could be something far greater than any of them could have imagined.

Stay Away From My Daughter (The Friessens (The Friessen Legacy) Book 24)
by Lorhainne Eckhart
Genre: Drama & Plays | Friendship | Women’s Fiction

Her father says he’s no good for her, and she doesn’t want to believe that he might be right.

Sara Friessen, the youngest daughter of Laura and Andy, believes she’ll never find the man who can make her soul sing, especially because after just one meeting with her father, every young man who has ever knocked on her door has come to the quick conclusion that she isn’t worth the trouble. Fearing the promised wrath (as Andy so aptly puts it) that could befall them if they mess with his daughter, they always run the other way.

That is until one night when a mysterious handsome stranger comes to her rescue. He’s bold and strong, just the kind of man she never expected could be real or that she would ever possibly meet — but she soon uncovers a hidden truth and the cold, ruthless side of the dark world he belongs to.

Even though he tells her to stay away from him and that no good can come from getting involved with the likes of him, Sara’s heart has different ideas, and she’s determined to show him that true love is all they could ever need.