Yesterday was a fantastic day. I was feeling a bit bummed in the morning and trying to look on the bright side of things, and after all your kind words, the bright side came running up to me and gave me a warm hug. Ohhh.. that was a bit mushy! HECK! I can be mushy once in a while. I won’t make it a habit, but thank you guys, that was really nice of you. After seeing so much support from so many of you I felt re-energized and got a little crafty. I finished painting my bee box / bait box, and hubby was able to mount it up high in the garden, so the bees can find it easily.  I have been taking a lot of pictures of the garden and below are a few of my favorites. I know it’s not quite Spring in a lot of your areas, so I hope these pictures can bring you a little sunshine. Mushy again… erg. MONSTER TRUCKS! FOOTBALL! LONG WALKS ON THE BEACH! That last one wasn’t right, was it? 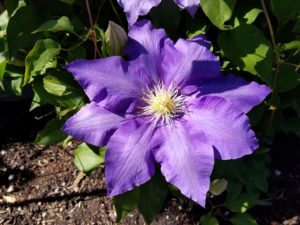 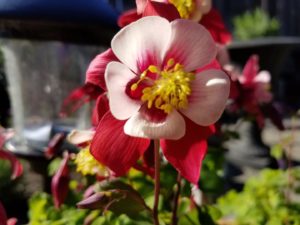 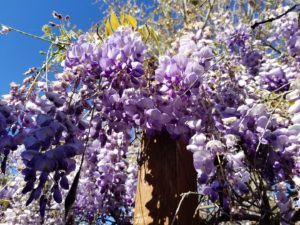 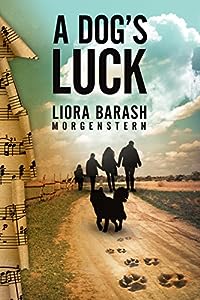 A Dog’s Luck: A Love Story and a Family Saga Intertwined
by Liora Barash Morgenstern 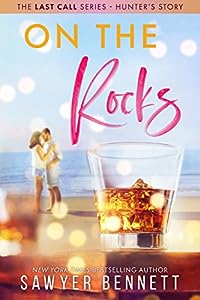 Hunter Markham left home to travel the world for fame and glory, finding it as a top ranked professional surfer. Now he’s returned home to the sand and salty breeze of the North Carolina Outer Banks so he can open The Last Call, a beach bar nestled among the dunes of the Atlantic.

Five years ago, Gabby Ward drunkenly threw herself at her best friend’s brother, only to have her young heart crushed. Hunter is back but Gabby is content to stay far away from him and his dangerously charming ways.

Gabby’s well-schemed plans to ignore Hunter go up in flames when he presents her an offer she simply can’t refuse. Working together day in and day out proves problematic for two reasons — Gabby realizes her feelings for Hunter are still very much alive, while Hunter struggles to break through to Gabby’s cold heart. What starts out as a mutual business arrangement soon turns into a passion that neither can deny.

But when the pro surfing tour comes knocking and Hunter has a chance to reclaim his former glory, hard choices lie ahead for both of them.

Choices that could destroy what they have built or take them further than they could ever dare to hope in their second chance at romance. 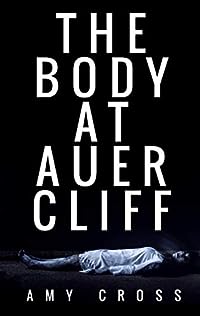 The Body at Auercliff
by Amy Cross

“We’ll bury her so deep, even her ghost will have a mouth full of dirt!”

When Rebecca Wallace arrives at Auercliff to check on her aged aunt, she’s in for a shock. Her aunt’s mind is crumbling, and the old woman refuses to let Rebecca stay overnight. And just as she thinks she’s starting to understand the truth, Rebecca makes a horrifying discovery in one of the house’s many spare rooms.

A dead body. A woman. Old and rotten. And her aunt insists she has no idea where it came from.

The truth lies buried in the past. For generations, the occupants of Auercliff have been tormented by the repercussions of a horrific secret. And somehow everything seems to be centered upon the mausoleum in the house’s ground, where every member of the family is entombed once they die.

Whose body was left to rot in one of the house’s rooms? Why have successive generations of the family been plagued by a persistent scratching sound? And what really happened to Rebecca many years ago, when she found herself locked inside the Auercliff mausoleum?

The Body at Auercliff is a horror story about a family and a house, and about the refusal of the past to stay buried. 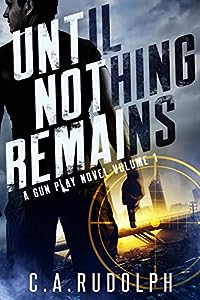 Until Nothing Remains: A Hybrid Post-Apocalyptic Espionage Adventure (A Gun Play Novel: Volume 1)
by C.A. Rudolph

The United States has experienced its share of turmoil over the years.

Although not particularly war-torn or stricken with genocide and violent crime as other nations, over time, gun violence and terror attacks have become commonplace on American soil.

Never before has the United States been subjected to widespread, coordinated terrorist attacks, devastating enough to bring the entire nation to its knees. Until now.

In this first volume of his Gun Play series, post-apocalyptic author C.A. Rudolph will engage you with the tale of two families from wholly diverse walks of life: a husband and wife immersed in a clandestine existence of murder-for-hire, espionage, and intrigue, and a mainstream middle-class family of six.

Each will find themselves affected by an onslaught of terror attacks the likes of which the world has never seen. Each must learn to survive… or succumb.

A silent enemy lurks among them, and no one knows when they plan to strike. When they do, it will only be a matter of time Until Nothing Remains. 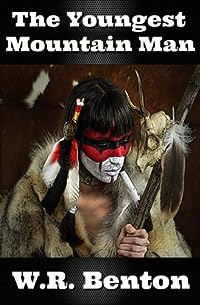 A coming of age story by acclaimed Western author W.R. Benton.
Life on the frontier could be harsh and even deadly, as fourteen year old Jared Patton learns when he is suddenly an orphan after his entire family is murdered by Oto Indians. Discovered by Nate Grisham and fellow mountain man Cotton, they informally adopt him and teach him how to live in a harsh, rugged land, where death may linger behind every tree, over any ridge, or come creeping silently in the middle of the night. In a meeting with a Shoshone chief, the chief tells about dreaming of a boy named Eagle who will one day be a man much feared by his enemies, and deeply respected by his friends. He then gives Jared a new name, Eagle Talon, and from that point on he is known as Eagle.

Another young man, a fifteen year old Sioux boy called Toad, is struggling in his efforts to become a man. He feels no urge to seek a vision, which is required before he can become a true warrior. He worries of his lack of desire, speaks to his grandfather, who says, “Have patience my son. You will have your vision when it is time and not before.” Eventually having his vision, Toad is transformed into Fire Eyes, and “a chosen one”. He is to give away all wealth (including horses), care for the poor, and to honor and pray for those he kills in battle. His way is not the usual path of a Sioux warrior and he is warned by the village shaman to never move from the trail he has been given to walk, or he will die.

When a deadly measles outbreak strikes the Sioux, Nate, Cotton, and Eagle go to the village to help care for the sick. Fire Eyes’ vision foretold of an eagle as his spirit helper. Here the two boys meet and begin to forge a powerful friendship. Together they battle common enemies to preserve the safety of the tribe and each other.

Suitable for ages: 14 and up (not for younger children)
CONTENT CONTAINS: realistic descriptions of frontier violence and death.