Only The Real Thing

After school today I am taking my baby bassets to the mall to get their picture taken with Santa. I always get stressed out when we do this because I am hoping that it’s the real Santa, and not one of his elves. When I was a little girl, I could always tell it was an elf and not the real Santa by the fake beard. My oldest said he can tell it’s an elf when he is asked ” What would you like Santa to bring you for Christmas?” Santa wouldn’t refer to himself in the third person! I am pretty darn good about making the appointment when the real Santa is there. Only the best for my babies! 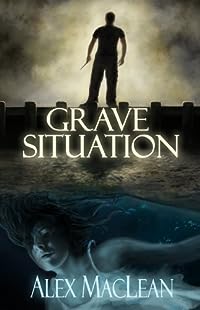 When the skeletal remains of a young woman and her baby are found entombed behind the kitchen wall of a historic Tudor house, Cassandra is overcome with grief. She seems to know who the young woman was, but not how she knows, or how she came to be there. Cassandra becomes inexplicably drawn to the house and the mystery of the “Bones of Blackfriars.” As she begins to learn the truth about the Thorne siblings who occupied the house during the reign of Elizabeth I, her own life takes an unexpected turn, and she finds out that her fate is linked to the Thornes in ways she never imagined. 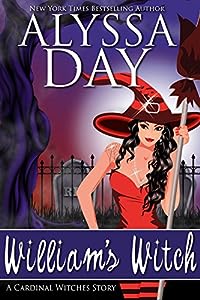 What happens when a centuries-old vampire who’s allergic to magic falls for a very modern witch? Mayhem, madness, and romance!

William Pemberley woke up with a blazing hangover and realized that, yet again, he didn’t know where or when he was.

The where was a fairly common occurrence and had been for at least the past few decades, so it didn’t bother him all that much, but the when was a relatively new development, and he didn’t like it at all.

He shot up through six feet of soil into the moonlit quiet of a church graveyard, landing in the middle of a standoff between a couple of knife-wielding thugs and a woman wearing a lopsided pair of plastic wings.

“A tuxedo? Really?” the woman drawled in a rich, sultry voice that made him think of aged whiskey and dark chocolate. She looked William up and down and curled her lip. “Isn’t that a little old school?”

William glanced down at himself, mildly surprised to find that he was, indeed, wearing a tuxedo. He grinned at the butterfly. “Apparently, I had a very good time. What year is this?”

She snorted in a very unfeminine way that, oddly enough, turned him on a little. “2016. Vampires are out, shifters are in, hashtag it’s a new world, baby.”

Warning: This book contains magic, vampires, shifters, a carriage ride in Manhattan, a crazy family, Granny, a curse, magic allergies, bad boys, paranormal romance, humor, laughter, fantasy, romance, kisses, and a happily ever after. Read at your own risk!

To help his father, Ben moves back into the old neighborhood. Years ago he was a popular athlete in the local school, then a successful mid-level executive, father, husband. Now Ben is a loner, content to spend his free time in the “reality” of the internet.
Ben reluctantly snaps out of his seclusion when he tries to understand why an old friend and neighbor killed himself and realizes that this is no longer the same neighborhood he grew up in. It’s as if someone used resources of social media, internet and surveillance to strip away a layer of civilization, exposing a nightmare of conflicts and betrayals. When Ben is threatened by the same forces, he has to re-discover his own strengths to fight back against a shadow opponent. 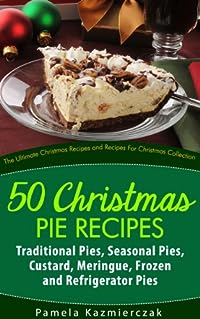 Welcome to the fifth volume of The Ultimate Christmas Recipes and Recipes For Christmas Collection!!

Are you looking for New Christmas Pie Recipes?

This cookbook has a wide variety of choices if you are looking for Christmas or Holiday Pie Recipes! Christmastime is filled with incredible foods to eat including pies, cookies, desserts and dinner. Pies are a great dessert to share with Christmas dinner or at any of the parties you may attend throughout the season.

Inside this book you will find the best Christmas Pies to make at home.

The type of recipes you will find inside 50 Christmas Pie Recipes – Traditional Pies, Seasonal Pies, Custard, Meringue, Frozen and Refrigerator Pies are right there is the title! Learn how to make homemade pies such as seasonal pies, fruit pies, custard pies, meringue pies, frozen pies and refrigerator pies.

What Type of Easy Pie Recipes are in this book?

Here are some of the Recipes you will find inside: