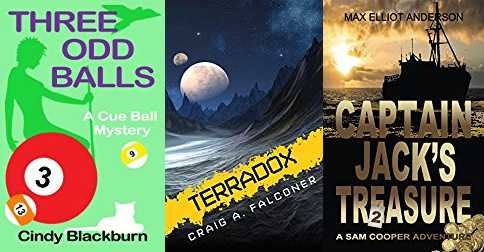 So after all my freaking out and worrying about losing the receipt for my baby bassets Christmas gift, the only thing the store asked for was a photo ID. After ten minutes of waiting for them to bring the gifts to the front, they were soon packed in the back of the truck and I was on my way. For ten minutes I enjoyed the bliss of not having any worries. It was at eleven minutes that I realized my new thing to freak out about. I had invited a few kids over this Wednesday to make Shrinky Dink ornaments, and I had not bought the Shrinky Dinks yet. Yesterday I went to three very popular stores, on a weekend, in December. Probably not my most wise choice, but I had an ornament party to get supplies for. I never found the Shrinky Dink brand, but another brand that I have never be able to get to work. So naturally I bought that one. The kids are going to have lovely warped little ornaments to take home. I bought some cookies, hot chocolate, and marshmallows to make up for it. I hope that works. 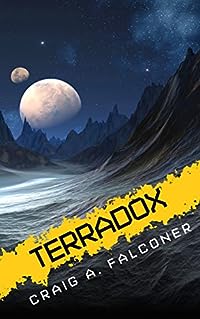 Terradox
by Craig A. Falconer

They were heading for Venus. Somewhere else found them first…

When a sudden impact sends a spacecraft bound for a distant research station hurtling towards a previously unseen and inexplicable planet, responsibility for the safety of its passengers immediately falls on Ivy ‘Holly’ Wood, a former poster-child of the public space program now fleeing Earth’s tyrannical leadership.

The mysterious planet’s startlingly Earth-like atmosphere initially breeds optimism among Holly’s group of stranded survivors, but before long it becomes clear that Earth’s rules don’t apply and that nothing can be taken for granted.

With all hopes of escape dependent on discovering the true nature of this increasingly hostile planet, Holly and the rest of the desperate survivors know only one thing for sure: their newly discovered world will not give up its secrets without a fight. 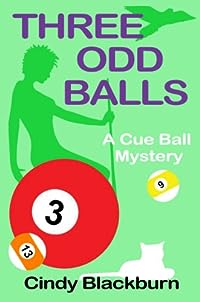 A romantic vacation for… five? This wasn’t exactly what Jessie and Wilson had in mind when they planned their trip to the tropics. But the fun begins when Jessie’s delightfully spry mother, Wilson’s surfer dude son, and Jessie’s rabidly hyperactive New York agent decide to tag along. But what kind of trouble can these three oddest of odd balls possibly get into? Take a guess. 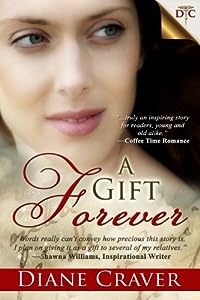 A Gift Forever
by Diane Craver

Justin Reeves is a man who has it all: a good job, a loving wife and children who are the center of his universe. Justin also has a secret he’s hidden from everyone his entire life. Quite innocently seven-year-old Debby, stumbles upon her father’s secret on a summer night in 1957. She confronts her father with the awful truth. Justin is touched by her concern and offer of help.

When nothing is done by any of the adults in the family, Debby prays to Jesus for someone to help her father. Not only is her eloquent prayer instrumental in changing her father’s life, but it starts a chain reaction in each family member’s life. The older sister, Gail, is in love with a man Debby doesn’t like. Her middle sister, Kathy, who wanted to be a dancer, struggles with the physical infirmity that has crippled her every bit as much as their father’s once-secret flaw limits him. Debby’s brother, Carl, worries about the future because of his commitment to the army. Even their mother, Lucille Reeves, although devoted to her husband and children, now hopes to broaden her personal horizons. Justin, his wife and children all are blessed by positive life changes because of Debby’s prayer.

Father and daughter together embark upon a journey which takes Justin from the darkness of shame into the light of victory. When he finally accomplishes what he wanted his whole life, Justin reaches out to his family in a special way on Christmas Day. His gift to his wife, daughters and son influences them all for a lifetime. 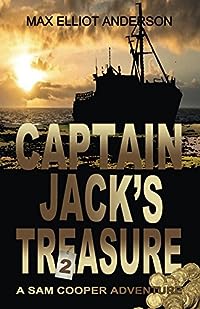 Sam Cooper lives right near the ocean, on the Treasure Coast of Florida. All he’s heard about since he moved here are the fabulous treasures that have been found, and those still waiting to be discovered. Sam, Tony, and Tyler, are convinced that they will be the ones to dig up the next great find. They meet a crusty sea captain named Jack who’s fixing up an impossible looking old tub. What is Captain Jack’s mysterious secret? And what is he really planning to do with that boat? 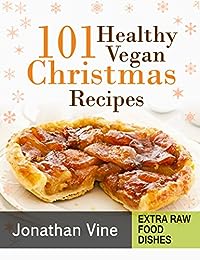 The first complete collection of healthy and energy packed vegan recipes for Christmas from all over the world!

This book will prove to you that vegans can enjoy their Christmas meal as much as everyone else does with delicious and outstanding dishes, new flavors and interesting combinations of ingredients

This extraordinary cookbook is a healthy and creative alternative to the normal and heavy Christmas dinner which is based on animal products. With this book’s recipes, you will be able to keep to your healthy diet with the great abundance of international vegan cuisine!

Have you thought how awesome it would be to prepare a festive and complete holiday meal, which is based only on natural ingredients and still enjoy wonderful and fine delicacies? If so, this book is exactly for you because it includes 101 vegan recipes from many different cultures for you to make the healthiest holiday meal in the world. And to make your meal even more interesting and unique, you will find within this book 25 original raw food appetizers to boost your meal with a lot of wonderful energy.

In 101 Healthy Vegan Recipes for Christmas you will find:

3 Advantages of this cookbook:

1. The great diversity of the recipes from Italy, Morocco, France, Germany and many other countries, each one natural and harmonious with nature.

2. Easy-to-prepare vegan and raw food recipes that are full of nutritional value.

3.Recipes that are based on products that can be consumed anywhere and that cost very little money.

So, if you want to make a festive, delicious, interesting and, most importantly, healthy and harmonious with nature holiday meal you should not pass up this book!