The concepts in Pamela Cranes novels make them unparalleled to other mysteries and thrillers. The characters are incredibly realistic and completely relatable. Truly these are mysteries like non other. Enjoy! 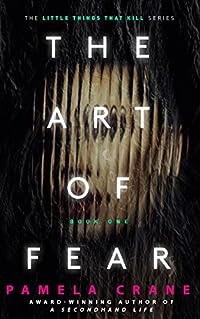 A life no girl should endure. A father no daughter could love. A twist no one would predict.

Ari Wilburn’s life ended long ago — the day she watched her little sister die in a tragic accident and did nothing to stop it. Crippled with self-blame and resented by her parents, she stumbles through life… and onto an unexpected clue that casts doubt on whether the death was accidental.

Now a psychological wreck, Ari joins a suicide support group where she meets Tina, a sex-enslaved escapee who finds her long-lost father dead. Suicide, police ruled it. But Tina suspects foul play. As a bond develops between the women in their shared loss, they’re dragged into playing a dangerous game with a killer.

Faced with a murderous wake-up call and two possibly linked deaths, Ari’s investigation puts her next on the killer’s list. But she’s never been one to back down from a fight.

Needing closure, Ari must face her demons and the killer behind them… or lose everything she loves.

I found her in our living room, bleeding and close to death, but alive. Barely. Until morning stole her last breath. The media called her killer the “Triangle Terror”… and then forgot about her. But I never forgot — my murdered sister, and an investigation that led to my own resurrection from the dead.

Twenty-two years ago, on a cold February night, Landon Worthington lost his father for the last time. After an armed robbery gone wrong, evidence and witness testimony pointed a shaky finger at Dan Worthington — deadbeat dad and alcoholic husband. But before the dust could settle over the conviction, Landon’s preteen sister, Alexis, is murdered in their home, plunging Landon’s life into further despair.

Two decades and a cold case later, Landon is dogged by guilt over their estranged relationship and decides to confront his incarcerated father-of-the-year about what really happened the night of the robbery. But the years of lies are hard to unravel. And the biggest question of all haunts him: How does everything tie into his sister’s murder?

And so begins Landon’s journey to piece together the puzzle of secrets, lies, and truths that can free his father, avenge his sister, and perhaps save himself. 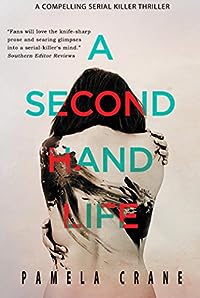 A heart never forgets its last beat…
In a freak collision when she was twelve, Mia Germaine faced death and the loss of her father. A heart transplant from a young murder victim saved her life, but not without a price. Twenty years later, chilling nightmares about an unresolved homicide begin to plague Mia. Compelled by these lost memories, she forms a complicated connection to the victim — the girl killed the night of Mia’s accident — due to a scientific phenomenon called “organ memory.”

Now suffocating beneath the weight of avenging a dead girl and catching a serial killer on the loose dubbed the “Triangle Terror,” Mia must dodge her own demons while unimaginable truths torment her — along with a killer set on making her his next victim.

As Mia tries to determine if her dreams are clues or disturbing phantasms, uninvited specters lead her further into danger’s path, costing her the one person who can save her from herself. More than a page-turning thriller, “A Secondhand Life” weaves a tale of second chances and reclaimed dreams as this taut, refreshing story ensnares and penetrates you. 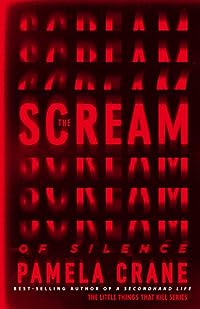 She had secretly wanted the baby to die, but Fate never sided with her until twenty-three years later, when Destiny Childs got her wish.

Broken, middle-aged Destiny daily struggles to survive her haunting past. Dead parents. Unplanned teen pregnancy. Cyclic addiction and depression. Life hasn’t treated her kindly. Then one day she sees the name of her castaway daughter on the news: a victim of murder.

Seeing this as an opportunity to extort the rich family her daughter left behind, Destiny crafts a plan. But as all her plans go, it loosens a mess of secrets long buried, along with the truth behind the killing.

In this haunting murder mystery short story, discover the gruesomely intimate stranger harbored within Destiny… and who may lurk within any one of us.

In this riveting prequel to international best-selling author Pamela Crane’s The Little Things That Kill Series, “The Scream of Silence” unravels the darkest depths of human nature. A chilling tale consumed in under an hour, but not so quickly digested. 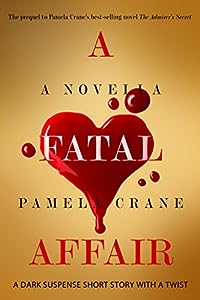 The pregnancy test he found in the garbage confirmed it: Fatherhood at last. But when his wife announces her desire for divorce — and a majority of their assets — Hollywood icon Allen Michaels loses not only his wife, but his sanity. As Allen reveals the gory secrets of his mysterious past, with love leaving him battered and broke, how far is too far to avenge the promise of “til death do us part”? Unleash Allen’s hidden demons in this darkly riveting novella as he takes justice into his own demented hands…