If I Make It Cute & Free Kindle Books

I managed to come back from the county fair without grabbing another little guinea pig or chicken. Unfortunately the thought is still in my mind. They had such lovely little ladies that I am sure would be a beautiful addition to my flock. My original ladies, Jackie, Heather, and Summer, are getting up there in age, and do not produce the eggs quite like they used to. Originally I had bought them for the eggs, but ended up enjoying their awesome personalities more. I also have to keep in mind that I was completely heartbroken when Naughty passed away. When I look at the sweet six I have now I think to myself that is a lot of crying I will be doing. Not to mention my yard is not that big, and that is a lot of little graves to dig. Hubby forbid me from putting up a Mausoleum for all of my sweet babies. He said it would be creepy. I could make it cute…really cute!

With a canine guest list bigger than a five-tier cake, what could go wrong?

Bakery owner Joy Cooke is tasked with creating a dog-friendly wedding cake. But when the body of the best man washes up on shore before the marriage ceremony, Joy finds herself caught in the middle of a murder investigation. With the help of her snappy Southern assistant and a naughty cat named Cheesecake, Joy sets out to clear her name. What she gets in return is a broken air conditioner, doggy lingerie, and a spot on the killer’s hit list. 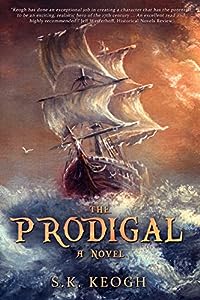 A story of relentless pursuit, betrayal, and revenge:

As a young boy Jack Mallory knows horror and desolation when James Logan and his pirates murder his father and abduct his mother. Falsely accused of piracy himself, Jack is thrown into jail. He survives seven years in London’s notorious Newgate prison and emerges a hardened man seeking revenge.

His obsession with finding his mother’s kidnapper drives him to the West Indies where he becomes entangled with a fiery young woman named Maria Cordero. With a score of her own to settle with James Logan, she disguises her gender and blackmails Jack into taking her aboard his pirate brig, Prodigal, in his desperate search for Logan. Their tumultuous relationship simmers while Jack formulates a daring plan to rescue his mother and exact revenge upon Logan for destroying his family. But Logan has no intentions of losing what he now treasures more than life itself — Jack’s mother, Ella. 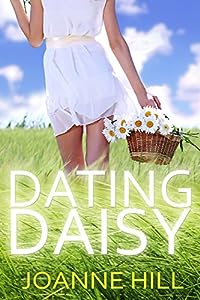 Daisy Miller needs to save her book shop from going under, and she needs a plan fast. Her solution? Try out for TV’s new Mystery Date show to get some free promotion. She just hadn’t counted on winning a “date” with hot historian, Dr Joel Benjamin – or that Joel would be the tubby teen she’d commiserated with years ago after a blind date gone wrong.

Joel has put those painful teenage years behind him, throwing himself into his work, where he isn’t judged by his looks. But meeting Daisy Miller is about to change his life in ways he never thought possible. But will Daisy ever believe that Joel can really, truly love her, when she’s spent a lifetime feeling second best? 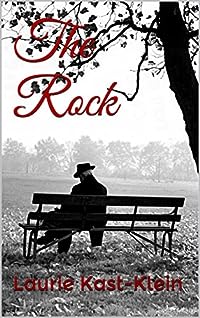 The Rock
by Laurie Kast-Klein

The smell of discontent oozed from her apartment. The dirty diapers, unwashed dishes and urine-stained floors were a relentless reminder that there was no escape.
Most days, Shelby felt trapped inside this world, not by a locked door but by the lack of expectation. – The Rock is a story of four very different individuals sharing a hallway at a subsidized apartment complex. You will laugh and cry along with them as they stumble along in life.