It Is My Turn

It looks like it is my turn to be sick today. I’m keeping it short and sweet. Enjoy the Kindle books! 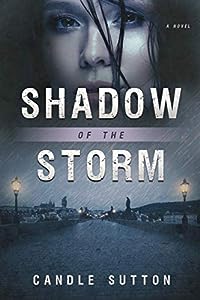 Shadow of the Storm: Prequel to the Shadows Series
by Candle Sutton

Her memories are as elusive as the shadows in which she hides.
When Stormy wakes up in the back of a moving vehicle, she escapes with her life, but not her memories. All she knows is that someone wants her dead. On the run with nothing but her wits and some cash, she fights to stay one step ahead of the people hunting her like prey.

The past may not be worth remembering.
Memories return in snapshots, creating a troubling image of the woman she used to be. The more she learns, the more she wonders if she wants to know the truth. What if it’s more horrible than not remembering?

Her enemies will stop at nothing to silence her.
The secrets locked in her mind threaten people who aren’t afraid to kill. She can’t run far enough or hide effectively enough to avoid their reach. A bartender and a pastor offer unlikely help, but can the three of them stand against killers with both influence and reach?

Shadow of the Storm is a gripping Christian suspense story of one woman’s journey to discover the truth… and God’s relentless pursuit for her soul. Don’t miss this exciting prequel to The Shadows series!

Just One Night (The Kingston Family Book 1)
by Carly Phillips

She’s the woman he can’t live without.

The one he can’t risk screwing up their relationship by sleeping with her.

Linc Kingston doesn’t accept anything less than perfection. Not in his billion-dollar business or in his personal life. He has it all. Except one thing. His personal assistant and best friend in his bed, moaning his name. No matter how much Linc wants her, she’s completely off-limits.

Jordan Greene grew up the daughter of the housekeeper at the Kingston estate, where she met and bonded with Linc at a young age, despite their economic differences. But no matter how close they are now or how much their attraction simmers beneath the surface, they’re still from two different worlds. Besides, Jordan isn’t about to risk losing her best friend for one sensual night.

Jordan might be the only woman who can handle Linc and his domineering, bossy attitude, but beneath that gruff exterior is a vulnerable man who, despite his wealth, has had a less-than-charmed life. And when Linc’s father dies, she’s there for him — unwavering in her friendship.

Until one night of passion and a positive pregnancy test changes everything.

Eighteen-year-old Lucy Owens is “that weird Owens girl” to the entire New England town she grew up in. She dreams of starting fresh at college in the fall, but prom night changes things. A mysterious threat forces her into hiding, and leaves her fighting for her life against an army of Gifted; a subset of humans with supernatural abilities who don’t die until their job is done.

She discovers that Embry and Gabriel, two ‘friends of the family’, are also Gifteds who claim their job is to protect Lucy’s line. But as she gets to know them and her family’s history better, she wonders if their ultimate goal is to keep her safe… or to stop the man who’s after her?

Prophecy is a coming of age supernatural novel by Amanda Lynn Petrin. If you like strong heroines who keep fighting no matter how many times they’re knocked down, then you’ll love this paranormal adventure. 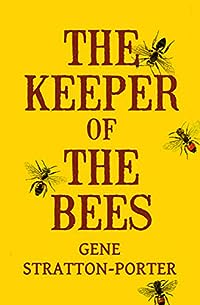 The Keeper of the Bees
by Gene Stratton-Porter

A wounded veteran discovers the healing power of nature in this classic American novel by the author of A Girl of the Limberlost.

Wounded in World War I, Jamie McFarlane is looking for a peaceful place to spend his final days. After escaping the grim confines of a California military hospital, he finds himself at the seaside home of the Bee Master. There, with the help of an impish eleven-year-old called Little Scout, Jamie tends to the hives and flowers while the Bee Master is away.
As Jamie learns his new responsibilities, he discovers a source of hope and healing in the natural beauty that surrounds him. He also crosses paths with a mysterious young woman who faces a dilemma as dire as his own. This beloved tale of hardship, nature, and renewal is rich in wisdom and the joy of being alive. 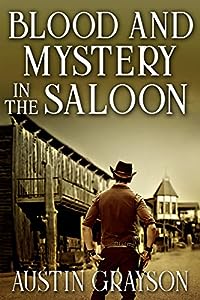 Blood and Mystery in the Saloon: A Historical Western Adventure Book
by Austin Grayson

Lillian Gale has taken ownership of the famous Big River saloon in the Utah Territory, since her husband’s passing. When a powerful rancher’s son is found dead behind her saloon, all fingers point at her. There is no doubt that someone wants Lillian behind bars. Luckily for her, Boone Travers, the sheriff of the town, will do whatever it takes to rescue his good friend and the woman he is falling in love with. Will Lillian manage to escape from a dangerous trap, or will she be sentenced for a crime that she never committed?

With the real killer out there, no one in town can sleep peacefully. Boone is determined to shed light on the mystery and find out who committed this bloody crime. For now, he has no choice but to arrest Lillian, as she will be safer in prison. Boone knows deep inside that he will solve the case and that Lillian’s terrible nightmare will end for good. Will he eventually find out who set Lillian up and serve justice, or will he fail to complete his most challenging missions?

The trial tears the town apart and sparks a range war between local ranchers and the neighboring Navajo people. Blood feuds become complicated, and lives are pitted against one another in an epic clash of power and passion, love and loyalty. In the end, will Boone arrest the vicious killer and help Lillian celebrate the clearing of her name?

A gripping, action-packed western adventure filled with mystery, adrenaline, and drama. A must-read for fans of Western action with a touch of romance.

“Blood and Mystery in the Saloon” is a historical adventure novel of approximately 80,000 words. No cliffhangers, only pure unadulterated action.