Is it just me or are there ten times more people out walking now than there were before this pandemic? For a time when we are socially distancing ourselves I am seeing more people now than I did before… and all are 6 feet apart. 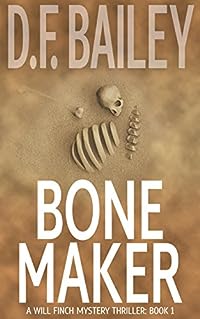 A death in the wilderness.
A woman mourns alone.
A reporter works a single lead.

BONE MAKER fuses Stieg Larsson’s THE GIRL WHO PLAYED WITH FIRE with the frenzy of THE POET.

Following a family tragedy that has broken his spirit, crime reporter Will Finch returns to his news desk in San Francisco eager to reboot his career and renew his lease on life.

When he’s assigned to cover the grisly death of a witness to a multi-million dollar bitcoin fraud, Finch discovers some troubling complications: A Mercedes-Benz abandoned in the wilderness. A wounded bear. A cop who rules a remote town with an iron fist. And the witness’s fiancée — a US senator’s daughter — knows there’s something mysterious about her lover’s death. But what?

Inspired by true events, Bone Maker is the first thriller in this series of noir crime novels — a new crime trilogy that races from coastal Oregon to San Francisco, Moscow, Honolulu and Washington DC. It intersects the worlds of international finance, cryptocurrency software algorithms, and corruption that reaches from the US Senate to Turk Street in the Tenderloin District. 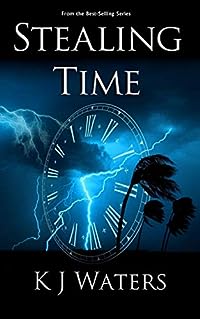 A devastating hurricane. A time travel betrayal. Will Ronnie survive the witch hunt or forever be lost in time?

Stealing Time is the first book in the best-selling “Breathtakingly original” time travel series that will keep you on the edge of your seat.

As Hurricane Charley churns a path of destruction towards Orlando, Florida, Ronnie Andrews scrambles to prepare for the storm and seeks shelter at her boyfriend’s weather lab. What she finds there is more terrifying than Mother Nature’s destruction.

During the peak of the hurricane, Ronnie is hurtled back in time to eighteenth-century London where she is caught in a web of superstition, deception, and lies in a life and death struggle to return to her own time.

Her best friend Steph is thrust into the middle of the hurricane where it quickly turns into a living nightmare as she is faced with losing everything.

Stealing Time is the first book in the “breathtakingly original” Stealing Time Series of time-travel wrapped in a hurricane. If you like strong-willed modern women and gripping stories that transport you back in time, then you’ll love KJ Water’s Books.

Don’t miss the next book in the series, Shattering Time, available now, set during Hurricane Frances tossing Ronnie back to the Lost Colony of Roanoke Island in a fight for her life and for those facing the mysterious disappearance of our first colony in America.

Celena Payne was heartbroken. Ghosted by her most recent ex, she was over the whole “romance thang”. Instead she was focused on her career, family and friend, until…

Karim Holt had recently moved back to his hometown to help his mother care for his ailing grandmother. Between family obligations and opening a new business, he was a busy man, with little time for socializing. A spontaneous night out led to…

A chance meeting. Sparks flying. Romance brewing. Celena and Karim’s undeniable chemistry alter their lives in ways neither could have imagined. 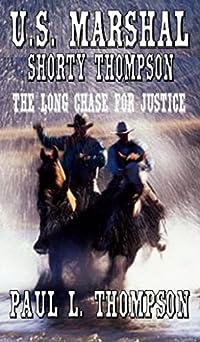 U.S. Marshal Shorty Thompson – The Long Chase For Justice: Tales of the Old West Book 17: From The Author of “Monty Long – The Long Hunt”
by Outlaws Publishing, Paul L. Thompson

Raymond and Harmon Liles stop a gang of outlaws from hanging a black preacher and his Indian lady friend. The outlaws are in a hurry to rob the U S Mint money train, but they will come back and take care of the Liles for interfering with their fun. Riding with the outlaws are two sets of local ranching brothers. The neighboring Lang brothers were not outlaws they just thought hanging a nigger would be fun. Is it too late for them to break away from this gang and run for home, before they get themselves mixed up in more murders and robbery?
While drinking in Tascosa, the Crawford brothers were talked into helping rustle their own father’s cattle. They had made friends with the wrong men and when caught, their father told them never to return home, not ever or they would hang. After raping two women and killing five family members in the little village of Trujillo, the outlaw gang robs the train leaving a conductor dead and guard shot in the face. The cashier and one guard shot, left for dead. Neighbors and brothers along with two village men take up the trail. Some want to save brothers from hanging while others want revenge for rape and murder. They now have help, as U S Marshal Shorty Thompson joins the chase right outside of Las Vegas, New Mexico.
The outlaws pull off the robbery of the U S Denver Mint car without a hitch, even with Shorty and five U S Marshals riding on the same Rio Grande Express train. Law and angry men are already on the outlaws trail, the long chase for justice has begun.

You can run but you can’t hide.

During a camping trip to the Catskill Mountains, Charlotte’s boyfriend Luke, a former soldier suffering PTSD, goes on a rampage, nearly killing Charlotte and her two friends. A year later Charlotte is a graduate student in the small college town of Ashenville, North Carolina. Yet her new life is shattered when Luke, recently released from prison, shows up on her doorstep, demanding to get back together. When it becomes clear to Luke that she is no longer interested in him, and she has in fact moved on with a new boyfriend, he vows to kill her. Now, it seems, Charlotte only has one option: Run.

Sidonia’s Thread: The Secrets of a Mother and Daughter Sewing a New Life in America
by Hanna Perlstein Marcus

WINNER, 2014 BEST KINDLE BOOK for nonfiction. Did you and your parent ever keep a secret that lasted a lifetime? When Hanna Perlstein and her mother, Sidonia, come to Springfield, Massachusetts from a displaced persons camp after World War II, they know no one in America. With no other family, except each other, they build a world that revolves around Sidonia’s extraordinary talent with a needle and thread to create beautiful garments while Hanna serves as her dutiful model. As Sidonia becomes well-known in western Massachusetts and northern Connecticut for her remarkable sewing talent, she continues to keep her inner secrets about her past hidden not only from her daughter but from everyone else. Determined to craft a life of pride, self-reliance and perseverance, Sidonia teaches her daughter to “stand up straight” in fashion and in life. Sidonia’s Thread uses sewing metaphors to tell the tale of these two women as though stitched together like a handmade garment. Why did Sidonia keep these significant life secrets, and why was Hanna so afraid to ask about them? When Sidonia moves to elderly housing, Hanna steals some of her old letters and photographs hoping to find clues to her paternity, her mother’s reclusive behavior, and her heritage. Combined with a trip to her mother’s Hungarian homeland and a phone conversation with her father, Hanna’s surprising discoveries inspire a revised view of her life with her mother, replacing her conflicting emotions toward her mother with true reverence.