The Magic In Onions

I ran across this little cutie today in the front yard. Normally I hate snails, but for some reason this one caught my eye. She is kinda pretty. 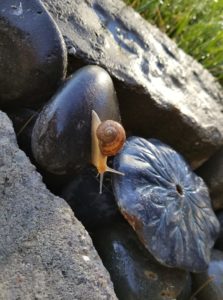 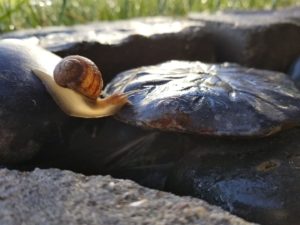 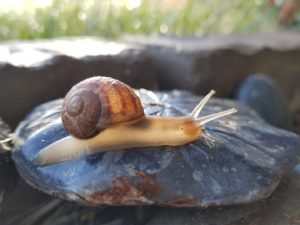 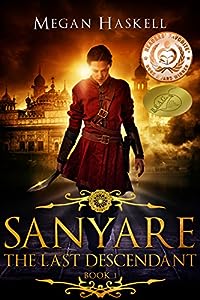 A woman torn between honor and survival…

Raised in a realm where humans are no better than slaves, Rie has struggled for decades to earn a meager post in the High Court messenger service. Even training as an elite fighter isn’t enough to earn the respect she craves. Scorned by the high elves who rely on her loyalty, Rie’s closest allies are the fierce carnivorous pixies who travel by her side.

When she’s attacked on a routine delivery by assassins from the enemy Shadow Realm, Rie’s martial prowess keeps her alive… and frames her as a traitor. Facing execution at the hand of an unmerciful high elf king, Rie must forsake her oaths and flee into enemy lands to prove her innocence. The secrets she uncovers may threaten more than her honor or even her life… for war is looming in the nine faerie realms.

Sanyare: The Last Descendant is the first book in The Sanyare Chronicles, a fast-paced dark fantasy adventure. If you like kick-butt heroines and action-packed fantasy filled with mythological creatures, then you’ll love the first novel in Megan Haskell’s debut series. 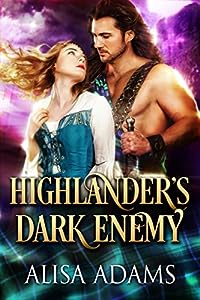 A mysterious figure with an evil plot threatens Davina’s entire life as she knows it.
Can a childhood friend save her from certain doom?

Davina Anderson, a blond and spirited young girl from the Scottish Highlands, never expected to be wed. She has always seen herself as a plain and plump young woman with little to offer a man. That is until one fateful day she crosses paths with the handsome, tall, and muscular Athol Murray, heir to the estate of Blairmore. Their friendship soon blossoms, but neither of them is looking for love — not yet.

A devastating tragedy rocks the entire town of Craiglochan when Davina’s father, Laird Ruaridh, is brutally assassinated. Chaos reigns in their household as they struggle to identify the person responsible. Just when the situation couldn’t get any worse, a devastating rumour is exposed that crushes Davina completely. Davina doesn’t expect to find a hero in Athol who proves a powerful ally in their fight for justice.

It leads them both down a dangerous path which spells death and mayhem for the two young friends. Will Davina and Athol find love amongst the bloodshed or will it all come crashing down? 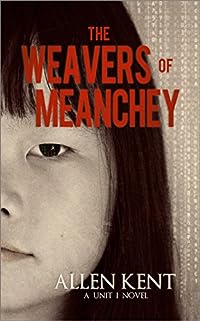 The Weavers of Meanchey: A Unit I Novel
by Allen Kent

When a letter to a CIA operative suddenly shows up forty-five years after the contact who sent it disappeared in Southeast Asia, Unit I agent Adam Zak is assigned to investigate a group of Chinese children who the missing informant had discovered in a remote village in Cambodia, receiving an American education.

Zak’s search to determine who the children were and why they might present a security risk to the United States takes him into the heart of Bangkok’s notorious red light district, through the jungle temples of Cambodia’s Angkor Wat, and into the volatile secret world of computer network security.

Who were the children the villagers called “Weavers,” and why does the economic future of the United States depend on unraveling their web of secrecy? 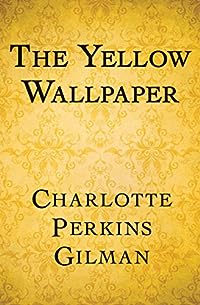 Diagnosed by her physician husband with a “temporary nervous depression — a slight hysterical tendency” after the birth of her child, a woman is urged to rest for the summer in an old colonial mansion. Forbidden from doing work of any kind, she spends her days in the house’s former nursery, with its barred windows, scratched floor, and peeling yellow wallpaper.

In a private journal, the woman records her growing obsession with the “horrid” wallpaper. Its strange pattern mutates in the moonlight, revealing what appears to be a human figure in the design. With nothing else to occupy her mind, the woman resolves to unlock the mystery of the wallpaper. Her quest, however, leads not to the truth, but into the darkest depths of madness.

A masterly use of the unreliable narrator and a scathing indictment of patriarchal medical practices, The Yellow Wallpaper is a true American classic. 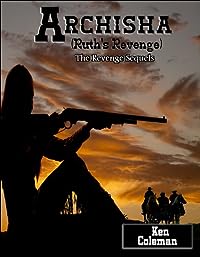 Beautiful Avenger or insane assassin?
At the tender age of just eleven years old, Ruth saw her mother die along with more than a hundred peaceful Cheyenne women and children, massacred at the hands of Colonel Bridgeport and his army of killers. (Cheyenne Dawn. Book two.)She vowed then that she would one day, avenge her mother’s death and the deaths of so many innocents. Now, after six years in the wilderness and forests of Colorado, she is back, tall, beautiful and mean and ready to kill anyone who stands in her way as she, not only faces danger at every turn, but also her own demons as well as the rages and confusion that invade her troubled and tortured mind.
Archisha, the Cheyenne name her adopted father called her, spent six years training under his guidance, to prepare herself to face the challenge of hunting down and killing the man responsible for her mother’s death.
Ruth is tall, pretty and elegant, but she is a cold hearted and remorseless killer who, despite her tender years, is willing to face danger head on and anyone who stands in the way of her reaching her ultimate goal be they good or bad, must bear the consequences, usually death.
From an early age, she had been subjected to violence and killing, so it is inbuilt in her troubled mind to kill without compunction or feeling whenever she is faced by, who she considers to be bad men. She sees herself as a victim and whenever she is threatened, her only course of action is to lash out and worry about the consequences later.
This is the story of a young girl and her journey from the mountains and forests of Colorado to some of the most lawless and wild town of Arizona, Texas and Kansas in her quest to find the man who killed her mother. During her epic journey, she makes many friends and enemies alike as well as mistakes, until her search finally reaches a violent and bloody conclusion with tragic consequences for everybody concerned.