Not At 2am Please

You would think that looking over these pictures, showing all the hard word I had put into redoing the backyard, I would see my great accomplishment and give myself permission to take a break. NOPE! As we speak, my brain is plotting and planning. I’m not sure what it’s thinking. It doesn’t always tell me, but I can hear the clicking and whirring of gears. It will let me know when it’s ready. I just hope it isn’t at 2am Monday morning. I hate that. 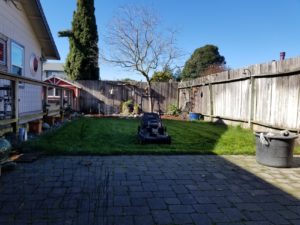 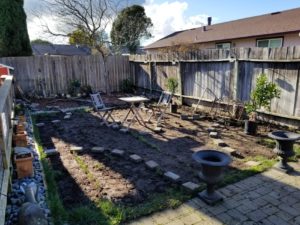 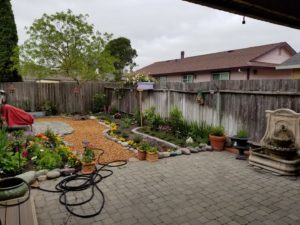 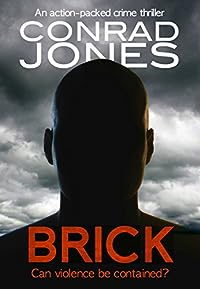 When a teenager is the victim of an unprovoked attack while walking his dog, a murder investigation begins. A cruel twist of fate makes his innocent family the targets of a vicious campaign of terror.

As the detectives of Liverpool’s Major Investigation Team try to contain the violence, several key members of an organised crime family begin to topple, causing shockwaves across the world.

Why was the teenager attacked?

And will the villains be brought to justice?

When a baby is found on the steps of the Heartbreak Café in the tourist village of Lakeview, everyone rallies round to help figure out the mystery.
Hollywood actress Ruth is home in Lakeview for the summer. But has an ill-advised fling with a handsome co-star resulted in a seriously unplanned consequence?
Jess feels increasingly left out as the only non-mum amongst her friends. Terrified she might lose them altogether, she embarks on a cunning plan. Or is it?
Nina has come to Lakeview to live with her estranged father, Patrick after a bad break-up. But will she ever dare tell him about the secret she is concealing?
One thing’s for sure: someone knows more than they’re telling. And in this town, the truth won’t stay hidden forever… 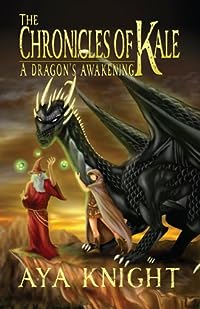 The Chronicles of Kale: A Dragon’s Awakening (Book 1)
by Aya Knight

Kale Firehart is a young dragon, and the sole survivor of his race. As a tyrannical general and his massive bloodthirsty army close in on Kale, the most unexpected circumstance transpires. With time against him, Kale’s trusted friend, a veteran arcane sorcerer, transforms him into the one thing he despises most–a human.

Kale must unwillingly live among human-kind as he embarks upon an extraordinary journey. With a band of unlikely friends by his side, can Kale overcome the obstacles before him and return to the life he once knew? The age of dragons is all but over… 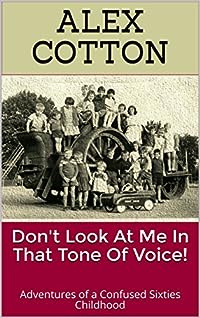 Don’t Look At Me In That Tone Of Voice!: Memories of a Confused Sixties Childhood
by Alex Cotton

Meet Alex, a thoroughly confused young girl living in 1960’s Yorkshire. She spends her days stuck between a mother with permanent PMS and a desire to create a spectacle wherever she goes and a father determined to blend into the background and avoid being noticed at all costs.
When you add to the mix strange childhood friends, sadistic teachers, haircuts from hell and events that had to be lived to be believed and it makes for some amusing reading. If you remember sitting in tin baths in front of the fire, outside toilets in freezing backyards and doing PE in your knickers then this book might bring back a few memories and make you smile.

“Our first term at Junior School saw the whole class caught up in a sex scandal. Not that any of us realised it, we were all still as clueless as each other.”

“We were very excited to be at the City Hall, as for the first time we wouldn’t be dancing in our underwear.”

“Me and Johnny went everywhere together, we were like Forest Gump and Jenny, only with Yorkshire accents”

A must read for everyone that ever had to grow up wearing their mother’s dubious knitting and enduring humiliating visits from the nit nurse! 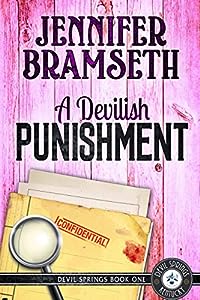 Prosecuting a pervert. A dead mentor. A new boss. What else could go wrong?

Lillian Booth is pushed to her limits when she’s assigned the worst yet most important case of her career. Trying to disbar a lawyer who abused his clients for years behind closed doors. But after a series of sinister events, she’s forced to co-counsel with Henry Alton, a man who detested her beloved and now-deceased mentor.

Lillian and Henry have one goal. To win.

But Lillian fears failure if she and Henry can’t get along. And to get along requires her to uncover the origin of Henry’s hatred.

Then survival becomes more important as a mysterious attacker targets them as the case races toward a possibly deadly conclusion.

A Devilish Punishment is the first book in the Devil Springs Cozy Mysteries Series.