Random In The Morning

Is it fate that the same two and a half pound puppy with the over sized ears keeps coming up on my Facebook timeline?  It’s fate right? That means I need to adopt him right? Why is it the cutest puppies are always up for adoption when it is raining outside? The absolute worst part of having a puppy is trying to convince it to pee outside, and rain makes it that much harder. This is the main reason I don’t like puppies. It’s not them, it’s me. It’s me not wanting to clean pee every five minutes. I am still mourning having to give my chickens to a friend, so it feels wrong even thinking about a puppy. Although it’s nice that I haven’t seen any rats since the chickens left. Speaking of rats, I watched a hawk drag one out of a neighbor’s bushes yesterday while I was driving by. All I could do was scream. I see now that I would never be able to be a nature show host. I would just scream and scream. 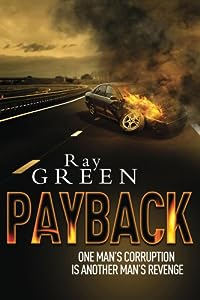 Roy Groves is the Operations Director of a successful company manufacturing dashboard instruments for luxury cars.

A fatal motorway fire is traced back to a fault in the product supplied by Roy’s company.

Was it a tragic accident or something more sinister? As Roy and his colleagues battle to establish the cause of the fire, and save the company from bankruptcy, they discover that they have been the victims of sabotage.

Eventually it emerges that an old enemy of Roy and the rest of the team has reappeared and is intent on destroying the company and every member of its management team.

Once just a business adversary, their nemesis is now so consumed with hatred that he is on the edge of insanity; he resorts to blackmail and even murder in the pursuit of his goal.

Payback is a chilling tale of how hatred can twist and corrupt the human soul. 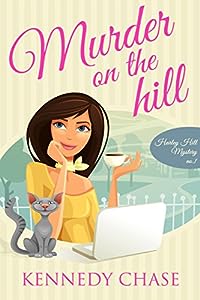 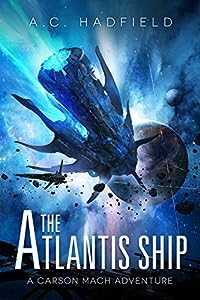 A legendary enemy attacks… Galactic peace is threatened… Unless one man can find and stop the Atlantis ship.

Carson Mach, a former war hero turned freelancer, seeks the biggest payday of his life when he’s tasked to hunt down a ghost ship that has echoed through the centuries. The legendary Atlantis ship has become a reality, appearing at the Commonwealth frontier and obliterating an orbital station.

Facing a lack of resources, a ragtag crew, and aliens who want him dead, Mach must use all his leadership skills and experience if he’s to beat the overwhelming odds. His mission will take him across the galaxy and to uncharted dark areas of space.

Failure to stop the Atlantis ship will mean not only the death of Mach and his crew but the end of the Commonwealth and all of humanity. Somehow Mach must find a way to solve an ancient mystery if he’s to succeed where everyone else before him has failed.

All Carson Mach books can be read in any order.

Once Upon a Winters Eve (Spindle Cove 1.5)
by Tessa Dare

Some wallflowers bloom at night…

Violet is a quiet girl. She speaks six languages, but seldom raises her voice. The gentlemen aren’t beating down her door.

Until the night of the Spindle Cove Christmas ball, when a mysterious stranger crashes into the ballroom and collapses at Violet’s feet. He’s wet, chilled, bleeding, and speaking in an unfamiliar tongue.

Only Violet understands him. And she knows he’s not what he seems.

She has one night to draw forth the secrets of this dangerously handsome rogue. Is he a smuggler? A fugitive? An enemy spy? She needs answers by sunrise, but her captive would rather seduce than confess. To learn his secrets, Violet must reveal hers — and open herself to adventure, passion, and the unthinkable… Love. 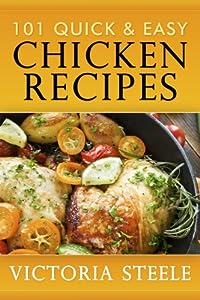 Do you eat a lot of chicken?
Are you tired of the same old recipes and are looking for something fresh and exciting?

Chicken is about as versatile an ingredient as you can find. It works well hot or cold, can be used in soups, stews or with an almost endless variety of sauces. It is also reasonably priced and readily available, so you can afford to eat it several times a week.

If you are tired of using the same recipes, 101 Quick & Easy Chicken Recipes, will blow away some of the cobwebs and give you great new ideas, including:

Gone are the days of roasting a chicken on Sunday and using the leftovers for a salad. Now you can bake, grill, slow cook and microwave any day of the week and have perfect results every time.