The Hallmark Original Movies were just too tempting this weekend and I couldn’t resist. I have no idea why those movies just grab me and pull me in. They are all pretty much the same, and I love every second of it. I watched three of them this weekend and I consider it time well spent. I am going to make it a point to be a couch potato while I can, since the holidays are right around the corner and at that point we can kiss any free time goodbye. 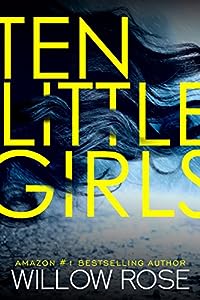 Inspired by a true story!

Ten little girls all from the same elementary school.

Ten abductions that hold the entire town captive – until the letters start to arrive.

Letters with lines from the nursery rhyme Ten Little Indians,directing the parents to their daughters. But will they make it in time to find them alive?

Rebekka Franck’s daughter, Julie, is one of the missing girls and together with local detective Jack Ryder, she is launched into the most unsettling case of her career. In a heart-pounding race against time, can Rebekka keep one rhyme ahead of the kidnapper before her own daughter fall victim to the savage word games?

The Tide of the Mermaid Tears
by Marcia Lynn McClure

Excerpt…
She took two more steps and paused — squeezed her eyes tightly shut andEmber gasped as she looked forward up the shore to see a man struggling in the water. He was coughing — spitting water from his mouth as he crawled from the water and onto the sand. As he collapsed face-down on the shore, Ember lifted her skirt and ran toward the man, dropping to her knees beside him.
“Sir?” she cried, nudging one broad shoulder. The man was stripped of his shirt — dressed only in a pair of trousers — no shoes…
Ember shook her head, rolling her eyes at her own foolishness.
“Sir?” she called again, nudging his broad shoulder once more. The man lay on his stomach — his face turned away from her. “Are you dead, sir?” she asked. Placing a hand to his back, she sighed with relief as she felt he yet breathed.
“Sir?” she said, clambering over the man’s broad torso.
The man coughed. His eyes opened — his deep blue eyes, so shaded by thick, wet lashes that Ember wondered how it was he could see beyond them.
“Sir?” Ember ventured.
He coughed, asking, “Where am I?”
“On the seashore, sir,” Ember answered. 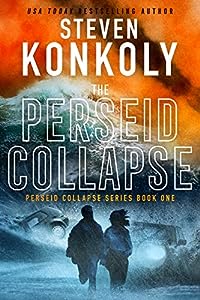 In the face of an unthinkable catastrophe, how far would you go to protect your family?

In the very near future, an inconceivable attack against the United States will unleash a human darkness over the country–with a vast appetite for chaos and violence. Alex Fletcher, former Marine, will wake to this brutally hostile landscape, thrown headfirst into an epic, impossibly grueling journey to save his family and friends. 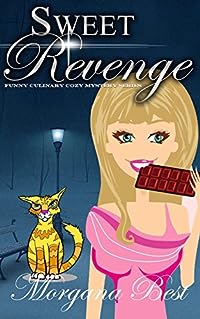 Comedy – do not take as dietary advice!

Narel Myers was given the ironic name Cocoa Narel by the cruel popular kids in high school, as she was far from elegant and was obsessed with chocolate. The truth of the matter was that her love of eating chocolate had caused her to become excessively overweight. Some years later, a car wreck leads to her undergoing extensive plastic surgery on her face and body. Now that she is medically unable to gain weight, she decides to indulge her love for chocolate by opening a designer chocolate shop.
When people who bullied her at high school are murdered one by one, she becomes the prime suspect. Will she be able to prove her innocence when the police think she’s out for revenge? Will Carl, her best friend, stop flirting with the police long enough to help her find the real killer? 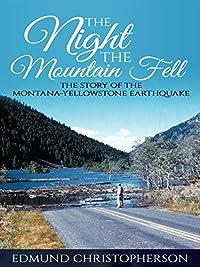 The Night the Mountain Fell: The Story of the Montana-Yellowstone Earthquake
by Edmund Christopherson

The Night the Mountain Fell is a riveting account of the deadly 7.5 earthquake that struck Hebgen Lake in Yellowstone Park, Montana, on August 1959. Also known as the Yellowstone Earthquake, the disaster caused massive flooding and the worst landslide in the history of the Northwestern United States. In The Night the Mountain Fell author Edmund Christopherson gives us a page-turning, journalistic-style account of how the deadliest earthquake in Montana’s history ultimately claimed the lives of twenty-eight people.