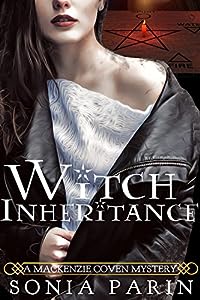 Alexandra Elizabeth Mackenzie. Stop ignoring us. Speak the words. Make this right so we can be… Bright. 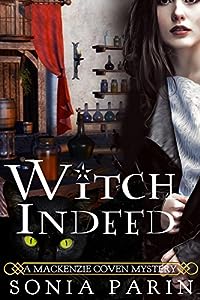 Mackenzie Coven rule number one. Do not lose your cat.

Lexie, aka Alexandra Elizabeth Mackenzie, the incoming High Chair of the American Continent and all Circumferential Domains Pertaining to the Mackenzie Coven (she really needs to come up with an acronym) has been asked to step up to the plate and attend a prestigious feline extravaganza at Chelsea Manor. The task is simple enough. Represent the coven, get herself and Luna, the cat which has as yet to decide if she’ll stay with her or not, there in one piece meaning… no more crash-landing or leaving bits and pieces of Luna behind. Two out of three isn’t bad. Lexie figures the rest will be simple enough until she realizes she’s crash-landed in a room with a dead man in it – a man who’d had a fascination for stuffed cats.

There are only a handful of guests attending this exclusive feline soiree and they all have their eyes on Luna, but one of them also has blood on their hands.

If they killed once, they’ll kill again. 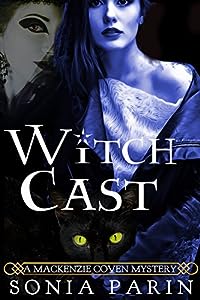 Lexie can’t believe she’s been roped into performing her coven duty. Literally. She’ll be on the stage, the one place she’s been avoiding all her life. If her abysmal acting skills don’t get her killed, surely mentioning the name Macbeth inside the revamped Garland Theater will.

There’s a killer on the loose intent on becoming a serial killer doing away with anyone playing Lady Macbeth. Just her luck, she’s landed the leading role.

As the incoming High Chair of the American Continent and all Circumferential Domains Pertaining to the Mackenzie Coven, Lexie is still wearing her training wheels, and while her gifts are awakening they are useless against the threat lurking in the shadows. Something… someone has charmed her and she’s unable to detect danger.

It looks as if she is one performance away from playing host to a menacing shadow. It’s already killed once. Somehow, she must figure out a way to capture it. If only she could see it…

Helping her deal with a ghost in denial, a shadow living vicariously, and a rogue witch is her new assistant, a super efficient Mackenzie Coven intern, but not everything is as it seems with her… 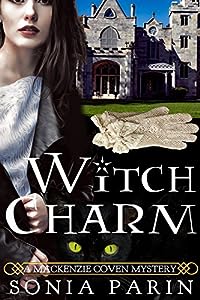 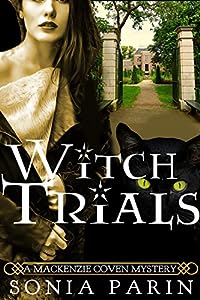 A complaint has been lodged against Lexie and her feline companion, Luna and they are forced to attend a therapy session. The powers that be have laid down the law. Now, Lexie and Luna are on their way to Gainsborough Mansion to participate in a team-building program. In no time, they are both wishing someone would turn up dead… and in no time, their wish comes true. Someone has been compelled to commit murder. What if magic had something to do with it? In particular, the fabled Hensley magic…

They enlist the assistance of one of the O’Rourke detectives. To date, they’ve all been pleasant, but now… their luck has run out. Lexie has her work cut out for her. She must prove herself capable of unmasking the killer before any more guests turn up dead… and definitely before Luna takes a bite out of Gerard O’Rourke.