His Secret Life by Kim Cano, is a powerful story that reveals the complexity of the human heart. An unconventional romance, that shows that love is love, regardless of gender. Enjoy! 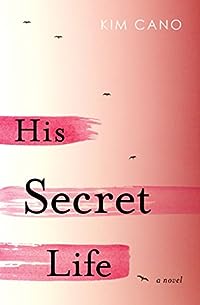 His Secret Life
by Kim Cano

Gay men don’t fall in love with women. Do they?

Philip is a gay man working for a conservative corporation. After his recent promotion, he needs a date for a company function and asks his sister’s new roommate, Emily.

Emily is an actress, waiting tables while starring in local plays and hoping for her big break. She agrees to be Philip’s date for the party, and soon they are attending one event after another together.

When Philip no longer works for the company, he doesn’t need Emily to play the role of his girlfriend anymore, but to his surprise, he can’t let her go.

Q & A for His Secret Life with Kim Cano

Question: Why write a love story about a gay man and a straight woman? Seems unusual.

Answer: I read a biography of my favorite author, W. Somerset Maugham. I knew he was gay but didn’t realize he had been madly in love with a woman who wouldn’t marry him when he was younger. When I finished the book, I researched gay men/straight women relationships and stumbled on an online forum dedicated to the topic. There were so many stories posted. The details were different, but their struggles were similar, and when I was done reading, I knew I had to write a novel about it.

Question: Is His Secret Life a romance?

Answer: Depends on the reader’s perspective. I’ve had some say it’s an unconventional romance and some say it’s like watching a train wreck. I would describe it as a diverse story about coming to terms with one’s sexual identity.

Question: Who should read His Secret Life?

I’m a women’s fiction author, so I suspect mostly women. But I think it might appeal to gay men as well. There are plenty of traditional love stories available. Read His Secret Life if you’re looking for something different.