Who Has A Plan?

Fast and fun, the Carrie Hatchett, Space Adventurer series by author J.J. Green, is a fantastic mix of engaging storytelling and plotting that will keep you turning pages because the stakes and tension can never be accused of being boring. There is just so much to love and readers will be curious to read more. Enjoy! 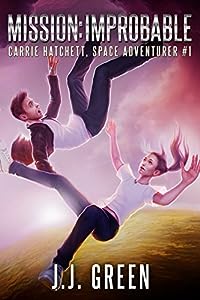 The galaxy is in crisis, and Carrie Hatchett is the last person on Earth who should be fixing it. Carrie is a low-achieving daydreamer. After providing a good home for her butt-ugly dog and psychotic cat, her biggest challenge in life is to avoid being fired, again. But a strange green mist sucks her beneath her kitchen sink, and an unusual clerical error leads to an offer she foolishly doesn’t refuse. The Transgalactic Council hire her to settle a conflict between the mechanical placktoids and the mysterious oootoon. Carrie must overcome her personal weaknesses and, for the first time in her life, succeed in her job, to uncover a threat to the entire galaxy.

Mission Improbable is Book One in the light-hearted, fast-paced Carrie Hatchett Space Adventures series. “… like Scully and Mulder on acid.” 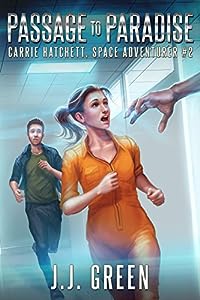 Carrie Hatchett is back. The Transgalactic Council may never be the same. After a successful first mission, Carrie thought her job as Transgalactic Intercultural Community Crisis Liaison Officer was secure. But all bets are off when she travels to Dandrobia, a genetically engineered utopia. Beautiful and immortal, the dandrobians have been confined to their planet due their former tyrannical reign over the galaxy. Carrie must mediate between the dandrobians and their victims, the squashpumps. She finds paradise isn’t all it’s cracked up to be, and, as often happens when she’s around, things don’t go according to plan. Dandrobians escape to Earth, and the negotiations descend into chaos. With the help of her long-suffering friend, Dave, Carrie must send the dandrobians home and restore peace. If she fails, it isn’t only her job at risk, because there’s more to the dandrobians than meets the eye. Rogue, Carrie’s butt-ugly dog, lends a paw. 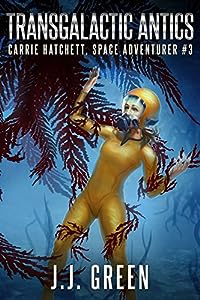 Watch out! Carrie Hatchett has a plan. Carrie’s impulsive, reckless nature gets her in trouble again, and if she wants to keep her job as a Transgalactic Intercultural Community Crisis Liaison Officer, she has to pass remedial training. Little does she know that her survival and the future of the galactic empire are also at stake. With the help of her level-headed bestie, Dave, and her fellow alien trainees — an intelligent slug, a mysterious box, a large green blob, and a cylinder of hair — she might just succeed. But so much stands in her way. A brain scan confirms that she isn’t cut out for the job, and a blast from the past rears her beautiful head, sending Carrie into a crisis of self-doubt. When the evil mechanical aliens, the placktoids, return, Carrie must put together a plan that actually works. A plan to rid the galaxy of the placktoid menace, and save her life.

When the greatest minds in the galaxy can’t solve a problem through logic or reason, they call Carrie Hatchett. Carrie and her reluctant sidekick, Dave, have succeeded in driving the evil mechanical aliens, the placktoids, to their only remaining hiding place — the past. But the danger isn’t over. The Transgalactic Council suspect the placktoids are trying to change the course of history and re-emerge as rulers of the galaxy. Carrie and Dave are sent on a mission to defeat them, but even attacks from Carrie’s psychotic cat can’t prepare the two for the challenges they face when they travel back in time to the placktoid planet: searing temperatures, a barren landscape and primitive robots with OCD. And waiting in the wings is the placktoid High Commander, whose 3D printing ability is lethal. Naively optimistic Carrie needs to recognise what’s staring her in the face if she’s to defeat the placktoids and avoid being trapped in the past forever. 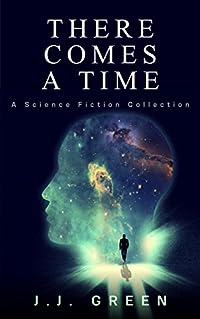 There Comes a Time: A Science Fiction Collection
J.J. Green

Return to classic scifi with these shorts about time travel, future Earth, interplanetary exploration, Mars colonies, strange new subterranean life forms and other futuristic, weird and horrific tales. Previously published in Lamplight, Perihelion and Thrills and Mystery Podcast, stories include: There Comes a Time Corporal Elliot, the first Future Soldier, has only one mission: to find out why humanity will be wiped off the face of the Earth. But time isn’t on her side. The Last Days of Duane Dayton Brutal murderer Duane Dayton waits on Death Row for his second and final execution, hoping for a quick end. His new technician has other ideas. Breathing Space In the deepest cave ever entered by human beings, Collins searches for the body of a lost caver. But there’s something strange about a colleague of the deceased, and the patches on the cave walls she’s investigating. Collins must figure out the mystery if he’s to get out alive. Never in Fear Fly to the Woods For the first colony on Perseverance to survive, Robert has to overcome his grief and fear.